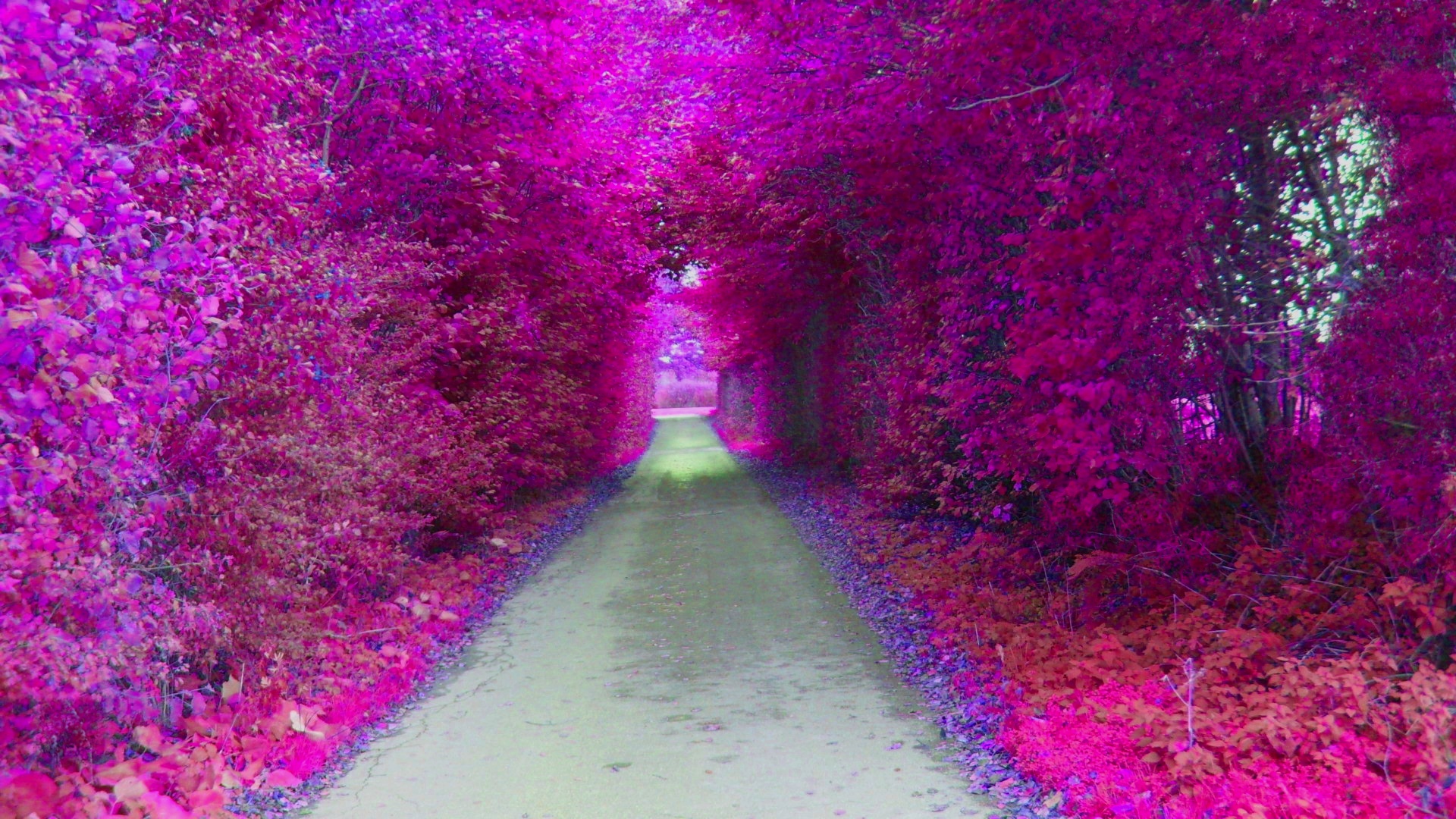 Can couples who have a formal wedding get divorced by saying Be Free? (11th Book 1st Section)

Allah and the noble Qur’an, which has been sent down plainly, are sufficient as judges. No words and narrations can contradict it. So let us reach an answer by looking at the holy verses of the Qur’an.

4:25 And whoso is not able to afford to marry free, believing women, let them marry from the believing maids whom your right hands possess. Allah knoweth best (concerning) your faith. Ye (proceed) one from another; so wed them by permission of their folk, and give unto them their portions in kindness, they being honest, not debauched nor of loose conduct. And if when they are honourably married they commit lewdness they shall incur the half of the punishment (prescribed) for free women (in that case). This is for him among you who feareth to commit sin. But to have patience would be better for you. Allah is Forgiving, Merciful.

33:49 O ye who believe! If ye wed believing women and divorce them before ye have touched them, then there is no period that ye should reckon. But content them and release them handsomely.

The Qur’an has set a very simple set of rules for the realization of the continuous relationship between man and woman, called marriage. The most important of these rules is that the man, if he is able and willing to give , gives the material gift that the woman demands. She can give it up if she wants. Allah has given the woman the right to ask her husband for a level of property that will make her feel safe when she marries, because of her difficulty in earning money and living and her duty as a mother.”

This mutual marriage agreement and the entry into the issues of credit and credit indicates the existence and necessity of a contract. The existence of a contract requires that it be registered with witnesses and that this contract, which owes the man, be written down and stored in the management office of the community, if any.

The Qur’an has not imposed any rules for marriage other than this. Neither the presence of an imam nor the recitation of the prayer is necessary. Because if this had been the case, those in foreign nations who did not know prayer but believed in Allah and his messenger would not have been married. If the Imam had to, no one could marry when the imam was sick, when he had difficulty, when he went to another city. Allah has made the easy thing easier and has made it easy for his servants. Especially in times of war, migration or chaos, when the need for marriage arises, marriage occurs with the announcement of two people together and the reading and writing of the contract in the presence of witnesses. It is expected that the parties, depending on this intention, will not hide this situation and declare it openly in return for their honesty.

O ye who believe! When ye deal with each other, in transactions involving future obligations in a fixed period of time, reduce them to writing Let a scribe write down faithfully as between the parties: let not the scribe refuse to write: as Allah Has taught him, so let him write. Let him who incurs the liability dictate, but let him fear His Lord Allah, and not diminish aught of what he owes. If they party liable is mentally deficient, or weak, or unable Himself to dictate, Let his guardian dictate faithfully, and get two witnesses, out of your own men, and if there are not two men, then a man and two women, such as ye choose, for witnesses, so that if one of them errs, the other can remind her. The witnesses should not refuse when they are called on (For evidence). Disdain not to reduce to writing (your contract) for a future period, whether it be small or big: it is juster in the sight of Allah, More suitable as evidence, and more convenient to prevent doubts among yourselves but if it be a transaction hich ye carry out on the spot among yourselves, there is no blame on you if ye reduce it not to writing. But take witness whenever ye make a commercial contract; and let neither scribe nor witness suffer harm. If ye do (such harm), it would be wickedness in you. So fear Allah; For it is Allah that teaches you. And Allah is well acquainted with all things. If ye are on a journey, and cannot find a scribe, a pledge with possession (may serve the purpose). And if one of you deposits a thing on trust with another, let the trustee (faithfully) discharge his trust, and let him Fear his Lord conceal not evidence; for whoever conceals it, – his heart is taintedwith sin. And Allah knoweth all that ye do.

Unfortunately, this requirement, which the clergy did not comply with today, has been forced to do as Allah commands, due to some legal and social obligations rather than religious ones.

For this reason, the original contract of marriage is written.

If a married couple has performed the imam’s marriage with his name in the public first orally, and then renewed it in writing with a different contract, the written and later one is considered to have been replaced by the oral one before it. The fact that both parts of the written contract have accepted it is sufficient for the previous oral contract to be dropped. This is a universal law that applies not only to marriage and traditional marriage gift contracts but to all contracts. Contracts may be updated in a bona fide manner with the consent of the parties. The mistakes and shortcomings of the old ones can be corrected in favor of the parties… The fact that both contracts are valid cannot apply to talak. Because they contradict each other. In the traditional marriage agreement consisting of oral and marriage contract (in the popular sense, the marriage of the imam), talaq is not mentioned in the same way, so the right to talaq is male. However,judge has the right to divorce in a formal marriage. Since the two contradict each other, the choice of one of the two contracts is required. In this case, the subsequently updated contract overrides the previous one. What is done afterwards in writing increases its strength and strength.

It is for their own good that men and women, especially those who do not have their anger and language, give up their right to talak, which they can obtain through oral agreement, by making a written agreement, in a clear way. Marriage is a contract that causes women in Turkey to give up their traditional marriage gift right, to change it as property sharing and alimony in divorce instead, and to take the right of divorce from the man and give it to the judge. Since the marriage contract is also a contract, it can be updated with other new contracts and its provisions can be changed by mutual consent.

In summary, marriage is a contract and must be made in writing with financial aspects. It has the property of economically indebting the man. If the parties have engaged in a marriage by oral agreement and then renewed their marriage agreement with a new written contract, then the new contract shall be acted upon. In this case, it is not possible for the man to divorce the woman verbally by saying that he divorced her. Both the responsibilities and rights of the man shall continue as long as the formal marriage continues. If a woman wants a divorce, she must apply to the courts in accordance with her contract.

A person seeking answers may hear different opinions from every authority and scholar on some issues. In this case, it is natural to be confused and surprised. Allah intended to try man with incomplete knowledge except for certain subjects. Because knowing with precise knowledge ends the exam and makes it very easy. When a person becomes unstable and uncertain, his / her attitude becomes a stronger indicator and a thin sieve in measuring his / her temperament and value. When the responsibility falls on the person to make a judgment or to choose one of the provisions, his preference must be in the direction best suited to conscience and compassion. Since all opinions can be ambiguous in some cases, in this case it is necessary to adopt a view that acts in the direction of peace and goodness in accordance with the attributes of Allah, who is protective and merciful of those who are uncertain. If there are two cases with close forces at the point of truth and evidence; the person should turn to the situation that is beneficial and constructive at the point of belief.

Even if it is a very clear necessity for those who do the wedding by oral agreement to give a new shape to the wedding by written contract and to follow this last written contract, they may be the ones who find their minds due to different opinions. It is a responsibility for these people to tend to a view that is reasonable and appropriate to the spirit of the Qur’an, that protects family ties, finds the relationship between spouses, and is peaceful.

Some clergy also say that formal marriage is not enough for marriage. They cannot bring any evidence from the Qur’an nor can they bring any evidence from the Hadith. Because in the time of the Prophet there were many nuptials that were performed without the prophet only through tambourine playing. In fact, when the Prophet heard that a wedding was announced without playing the tambourine, according to the rumor, he said that if only the tambourine had been played. In other words, it is baseless for religious officials to condition the imam in order to leave him in need or to strengthen their authority in the society, and to say that there will be no marriage without the imam. To command what the Qur’an does not command can lead one to hell. While Allah loves people and wants to make their lives easier, while providing flexibility, it is not right for some to produce divine rules to make it difficult and self-reliant.

It is Almighty Allah who knows the best. He does not condemn those who recite his revelations with respect, and seek peace and peace in the land, and consult with men of understanding. He is most forgiving and most merciful.