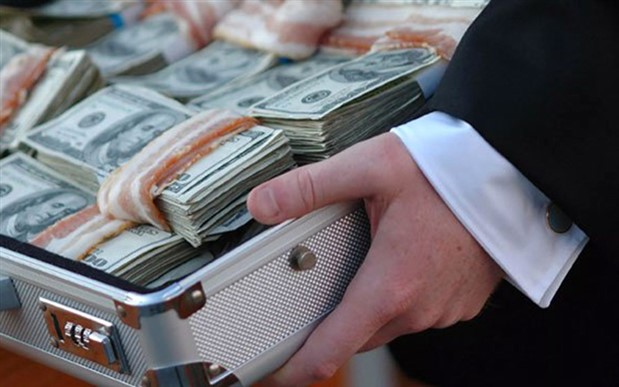 CORRUPTION will end with “AUCTION SYSTEM” SUITABLE FOR THE HOLY BOOK

The new Auction and Expenditure System, which was created by the scriptures, could double human welfare. Bribery and corruption are important problems all over the world. This problem is experienced from the richest to the poorest countries. However, this problem could be solved with a smarter and transparent auction system. However, why are these ways not implemented when there are easy solutions? And why are similar auction systems still valid all over the world? The reason is very simple; because they don’t want to change this system.

PROBLEMS IN THE CLASSICAL AUCTION METHOD

What are the mistakes in the current system? (common problems in all countries)

The institution invites companies to participate in the auction and chooses who it will make wealthy.

Even if an institution, not invited, tries to participate in the auction, by giving the lowest bid, it can easily be rejected by the auctioneer.

Every institution was granted freedom to purchase products and services of approximately 100,000 TL without question. In other words, by dividing hundreds of products or services into 100,000 TL pieces, the company can make millions of lira directly from the companies of its choice without even holding an auction.

A company that receives the bid by pushing its rights and matching the conditions and even filing a lawsuit can be forced into bankrupt by finding excuses in the work it does when the day of progress comes, or by driving the business uphill. Therefore it is forced to pay bribes.

Of course, some companies have never experienced the above examples. These problems necessarily occur at rates varying from country to country and even from period to period. Those who know me know; I do my work not only for one country but for all of humanity and I try to address the common problems of humanity. I hope those who are wounded by such an incident are not offended. So how should the ideal bidding system be?

Auctions should be made open to the public.

The Ministry of Finance should notify the auction by sending mass mail to all companies operating in the auction, and advertise it through the press. Thus, an adequate competitive environment would be created.

Companies with sufficient experience, number of employees, and business volume should be invited to participate in the auction. The company that meets the qualification criteria should automatically receive the auction with the lowest bid.

The supervision of auction conditions and completion of work must be done with the help of a mixed independent board from the private sector, NGOs and government officials.

Very low limits should be placed on the direct purchasing system both on an annual basis and on an amount basis. For example 5000 TL.

In this way, all the corruption at lower levels which is not under the supervision and knowledge of respected state leaders can be prevented.

In the election of the leader of the state, it is necessary to choose those who support Allah with miracles and who have a reasonable level of life. Almost all people are selfish and imperfect. However, it is hoped that the person who is devoted to God and supported by Allah with knowledge, wisdom and miracle will be successful in honesty. However, because of their ignorance, most people vote on TV and if they see them as being strong. States with high economic power, use this weakness of the people, affect societies and elections in all countries they care about as they wish. So they secretly rule the world behind the scenes, and therefore the auction system does not change until God comes.