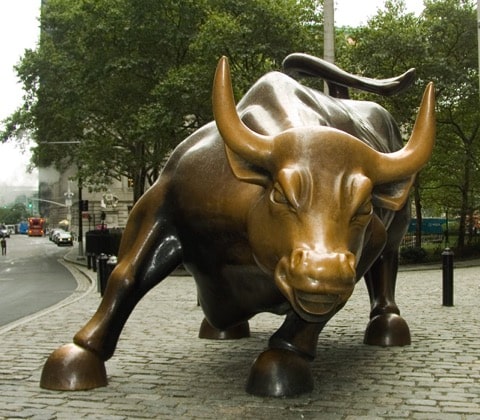 The American people have lost at least 10 times their purchasing power in the last 20 years. Some minorities became very rich. But the majority, the slaves, work day and night to survive. When they are sick or unable to work, they face the risk of living on the street.

I will now show you some of the greatest evidence of how they enslaved us and that the governors of the stock market and the world of finance worshipped a devil product called Menat. Here is the common symbol of the Wall Street Stock Exchange and all the stock exchanges in the world. Bull, golden bull. 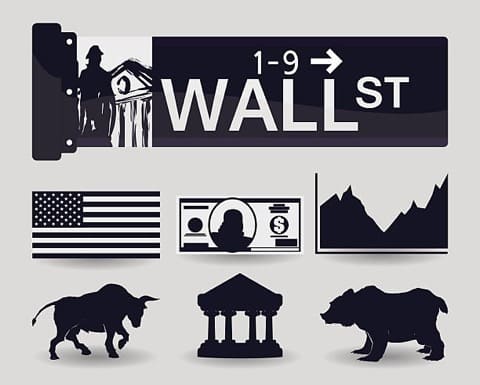 Why the golden bull? Why isn’t one of the elephants or tens of thousands of different animals or humans? Because the golden bull statue; is a challenge to the Prophet Moses and the true divine religion, is a rebellion, both in the Torah, in the Qur’an, and in historical sources in detail about the golden calf.

The Egyptian bull and cow gods Hathor and Apis represented the sun god or their children. It is an ox with black feather and white spots and a white triangle-shaped omen. It was consecrated and preserved in Memfis. The triangle symbol is now symbolized by the official American dollar and the symbol of Illuminati as the gateway to the devils in satanism. The authority to print the American dollar is not under the authority of the American people, the government or the American central bank. As in almost every country, it is under the authority of a secret family. This is official and verifiable information.

A group of Jews who rebelled against the Prophet Moses in his absence divinized the ancient golden calf statue of Apis. They still worshipped the statue of the false ancient Egyptian god. This was the symbol of preferring paganism instead of the one Creator. Pagans worshipped the stars, too.

During Moses period, the world was in the age of Taurus. During the period of Jesus, the world entered the age of Pisces and the Iznik council and Rome, which broke the true religion of Jesus; he began to use paganist fish idol figures in his clothes. Now we are moving to the age of the Aquarius.

The Pagans wanted to convert Jesus’ religion to the worship of the gods associated with the stars, the ancient Egyptian and Roman religions. Because they could not break with their old religions and they synthesized. For this reason, Christmas was declared sun day on December 25, which is still the day of worship of the sun in Rome (the longest night) and instead of Saturday on a sacred day. This information is taken from the official Catholic Encyclopedia. 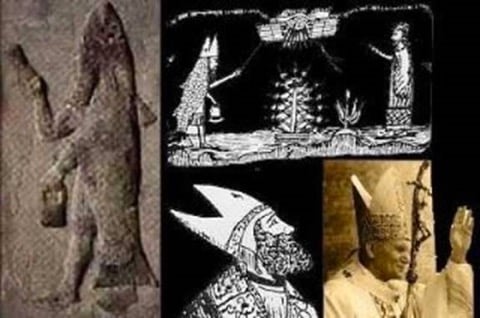 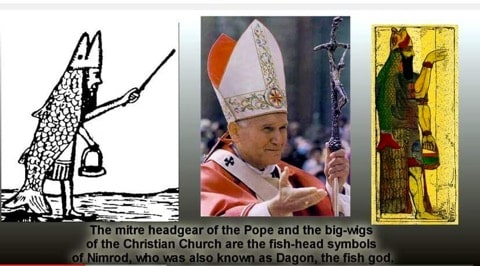 Do you still not believe that Christians or Muslims, the servants of the real creator, are not ruled by us, in fact, the paganists associated with the devil and the souls? Days of the week, names of the months, protected names of the planets, all space projects and spacecraft of Nasa… They are all the names of ancient Egyptian and Roman gods. Their names are never changed as praise and exaltation to them. Aren’t you going to wake up now? The Pharaoh lineage continues to rule you! And if it goes like this, you’ll keep being a slave. You will never be able to leave Egypt. I brought you the staff of Moses.

I gave up another video to explain the true religion of the Prophet Jesus and the truth of everything. Be notified when the video is published by subscribing.

İllü-Menati; God Menat, or Menat, the golden calf worshipers. Not the enlightened ones.

Menat has been declared as the official currency name in ancient Russia and in many countries.

But my goal is not to make you upset. Because we’re not desperate anymore. At the end of the video, I’m going to talk about a way that will quickly lead us to salvation. Let’s first look at the evidence of the terrible evil game. It is very easy to understand. 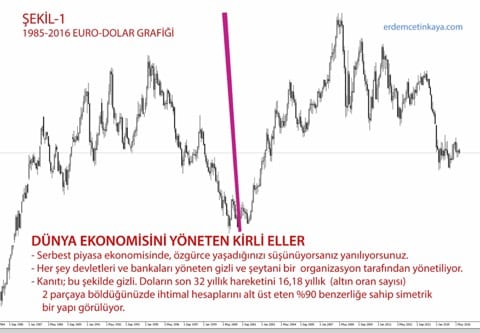 I sent the picture above to my friends in May 2016 and shared it on facebook. EuroDolar parity was at 1.1 levels. There was almost perfect symmetry in this 32-year chart of exchange values. You can check the accuracy of the graphics from the site of any forex company. 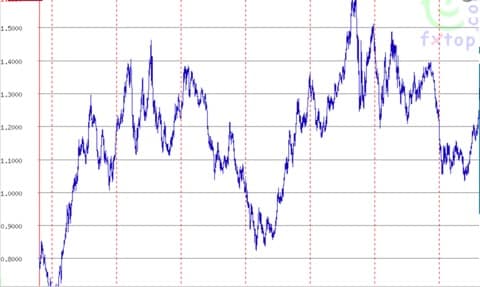 When you divide it in half, you will see it clearly. The field before 2001 is exactly the same as the field after 2001. 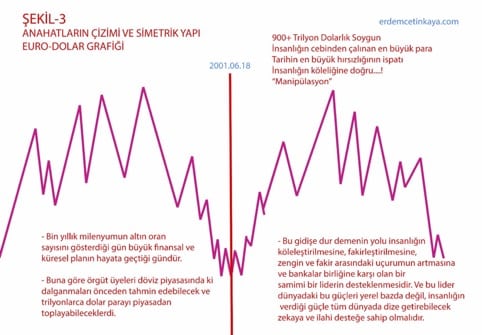 I’ve removed the noise from the graph so that you can see more clearly. I corrected the perspective curvature. The 16-year graphic began to repeat itself. In fact, forex was not a free market. We are in 2018 now. The symmetrical structure repeated. The euro began to gain value after 2016 as expected, in line with the symmetry on the chart. I have made a significant gain by anticipating this evil plan. I proved my theory. There is a continuously repeating 5-finger structure. And the third started to repeat. The euro will gain even more value.

So what has this knowledge gained to the financial organizations that steer the market? If you know the direction of the dollar in a short time you can turn a small capital into billions or even trillions of dollars. What makes this possible is that your money can grow 10% every day in the leveraged system. Satan shared this 16-year symmetrical cycle with his supporters.

If someone earns trillions of dollars without making real production, society will inevitably become impoverished rapidly. Money is Satan’s greatest game. It is a virtual value and can be manipulated very easily. If someone is constantly gaining excesses; he or she can control the media, economy and politics. In this case, he or she becomes even richer. Eventually, the people, who are not as deceitful as him, will be slaves. In the past, slaves’ houses, goods and their marriage expenses were satisfied by their masters. Now we don’t even have those rights. We’re worse than slaves. So what is the solution?

It started a civilian formation, a change and a peace movement. It is a new system that allows humanity to unite, become siblings and spread the wealth to the base. It proposes a series of laws to destroy slavery. A great system, the plans are fully feasible and legal. I want you to follow this project and give support like me. By being insensitive; we will agree to remain as slaves, to become poorer and to live in a stinking system. If we keep silent and continue watching TV; we will be worthy of all kinds of repulsiveness. We can do something. Sharing is our greatest strength. Now as the YouTubers, we are much stronger than the TV channels and the media. They will not be able to prevent the spread of truth in social media and eventually humanity will win. The devil will disappear. See you in the next video.