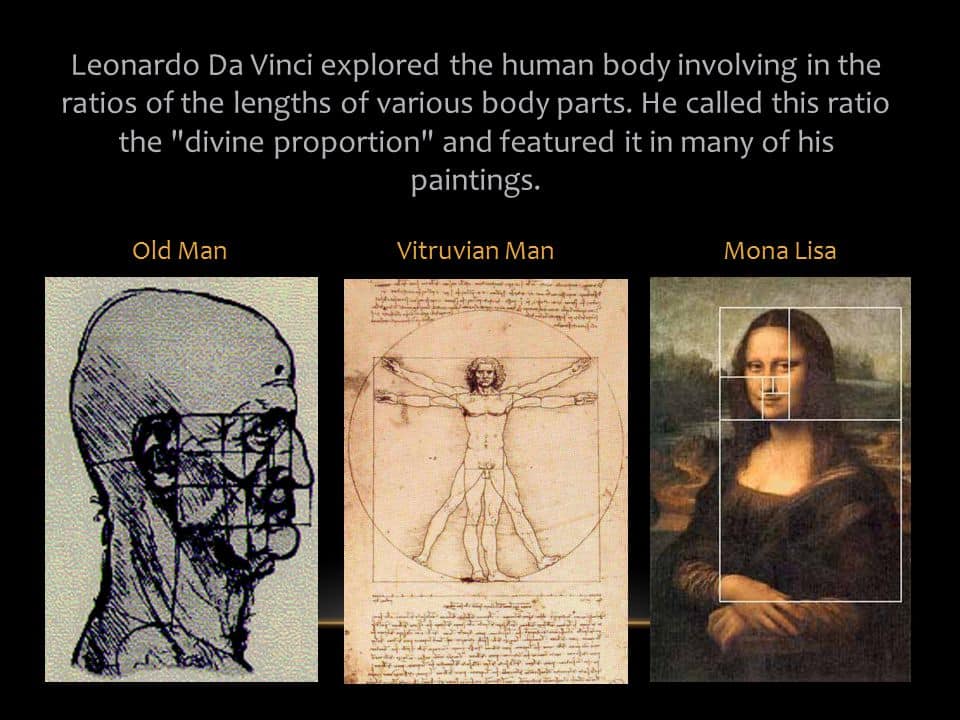 Let’s see what the famous names who have guided science in history have said and done about the golden ratio. Phidias (5004 BC – 432 BC), a Greek sculptor and mathematician, applied it to the design of Parthenon statues.

Plato (428 BC – 428 BC), in his views on the natural sciences and cosmology presented in “Timaeus”, thought that the golden ratio was the most binding of all mathematical relations and the key to the physics of the cosmos.

(365 BC – 300 BC) In his treatise “elements”, written in the 300s BC, Euclid referred to the Golden Ratio as “extremity and significant division”.

Leonardo Fibonacci, a famous Italian mathematician born in 1175 AD, Leonardo Fibonacci brought modern-day figures to Europe, which he learned from the Arabs. He discovered the unusual properties of the numerical sequence that now bears his name. This series of numbers which were added together revealed the constant existence of the golden ratio in the growing number of sequences.

The discovery of the elliptical nature of the orbits of the planets around the sun, Johannes Kepler (1571-1630), spoke of “Divine Proportion”

Da Vinci used this rate in almost all his paintings. Perhaps Da Vinci is the scientist and genius artist who is most passionate about the golden ratio in history. Together with Luca Paccoli, he wrote a book called The Divine Ratio and drew many illustrations that define the golden ratio.

Martin Ohm (1792–1872) is believed to be the first person to use the term “gold” to describe the golden ratio. Using the term. In 1815 he published “Die reine Elementar-Mathematik (Pure Elementary Mathematics). This book is famous for its first known use of the term “goldener schnitt” (gold chapter).

Now almost all mathematicians, scientists and artists called the Golden Ratio physicist and taken the subject seriously amazing and astonishing visual design accepts a fixed number of its own greatness. Today, this ratio is used in engineering efficiency calculations as a new technique, fluid dynamics in physics, plastic surgery, architecture and almost all famous brands of logos, modern monitors and televisions’ design.

Some may ask, “What did you bring about this new number, which dates back to the Egyptian pyramids, and what do you call a miracle?” I sometimes address such questions because of the lack of information. That remains for me now the number of the sacred books, the Torah, the name of the Lord, Mecca, Kaaba, Koran, like the lines at the top of the world in separate locations exploring the connections with dozens more was the fact that the number was revealed by the Golden Ratio. The inspiration and announcement of these discoveries to the world has been bestowed upon me as a blessing.