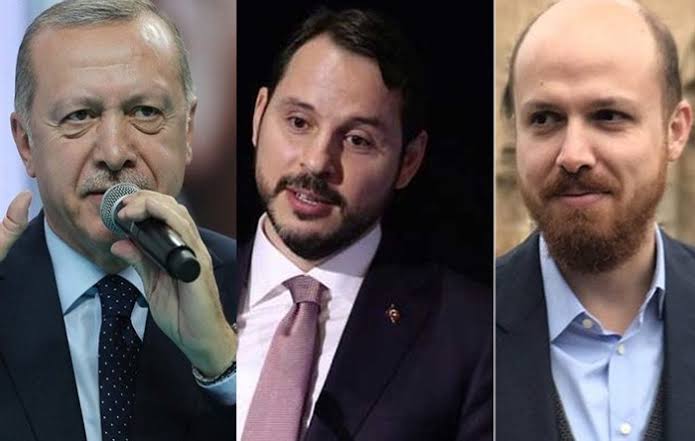 IN THE QUR’AN, TURKEY, TAYYIP ERDOGAN AND WHAT WILL HAPPEN IN THESE YEARS

I have heard some claims that the word Tayyip is mentioned in the Qur’an. I wanted to go over this in detail. Perhaps the most detailed analysis of the miracle ever written is the article you are about to read.

The article below is taken from the official website of the presidency.

Recep Tayyip Erdogan was sentenced to prison for reading a poem in a book recommended to teachers by the Ministry of Education and published by a state-run institution during a public address in Siirt on December 12, 1997, and ended his term as mayor of Istanbul.

Recep Tayyip Erdogan, after spending 4 months in prison, and as a result of insistent public demand from being away from the democratic process, founded the Justice and Development Party (AK Party) with his friends on August 14, 2001, and was elected as the founding chairman of the board. The party gained the nation’s trust quickly which made the AK Party the largest popular political movement in Turkey in the first year of its establishment. In the 2002 general elections, it took power alone with a nearly a two-thirds parliamentary majority (363 deputies).

Erdogan, who could not be a candidate for parliament in the 3 November 2002 elections due to the court decision against him, participated in the election of deputy for the province of Siirt on March 9, 2003, after the legal obstacle to his candidacy for parliament was lifted. Receiving 85 percent of the votes in this election, Erdoğan entered the parliament as the 22nd term Siirt Deputy.

Recep Tayyip Erdogan, who assumed the post of Prime Minister on 15 March 2003, soon implemented several vital reform packages, with the ideal of a bright and continuously developing Turkey.

This is the poem he read in front of the crowds that led to his imprisonment;

In other words, we understand that a poem he read about God and religion would cause him to be imprisoned and this would cause him to find value in the eyes of the people as an oppressed and religious personality. It has resulted in him taking over the country as prime minister in 1424 Hijri on several occasions, namely in 2003.

It is intriguing that he describes the matter in verse 14.24 this year. The government of Necmettin Erbakan suffered a “verbal blow” when the army simply said “withdraw” and collapsed. It is surprising to be told that Tayyip Erdogan will take root and fixate on the country’s power, along with his genealogy. Indeed, almost all family members and even their son-in-law have active and key roles in the state. Drawing power from the sky to be fed by branches means that throughout his power he will gather power through celestial concepts.

In fact, it is the most important event of these years for the Islamic world that Tayyip Erdoğan stopped the coup d’état in Turkey in 1424 (2003) and took over his religious identity.  Although the mention of his name in the Qur’an glorifies him, the Qur’an has mentioned the names of people and places that are important in the history of the world, even if they are good or bad. The value of what each person will do and produce is determined in the end. We wish Allah that he may act in this praiseworthy manner and act according to the laws of Allah and work for the notification of Islam to the world.

Seest thou not how Allah coineth a similitude: A goodly saying, as a goodly tree, its root set firm, its branches reaching into heaven,

Sura Ibrahim is a Sura that sheds light on the 1400s and contains many mysteries. You can look at what will happen in the coming years by looking at the words in the other verses. Sura ends in 1452 (11 years later in 2031). Until then, there are some narratives on Mahdi, complexity and chaos.