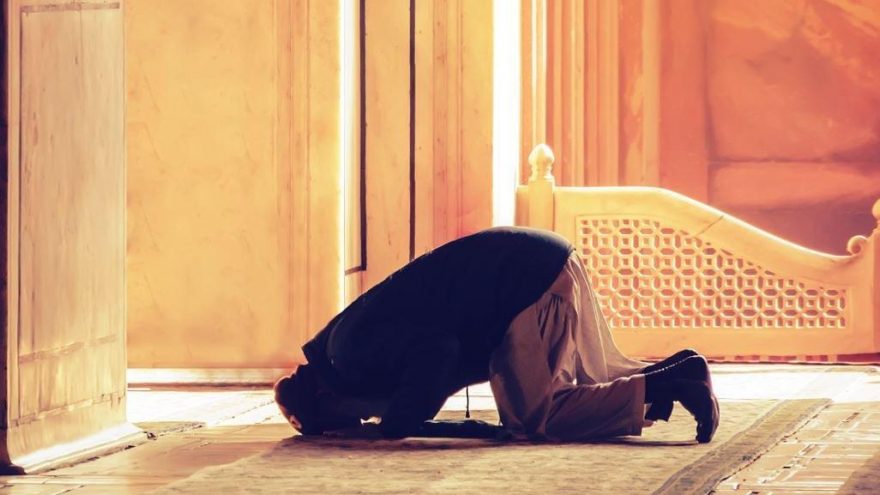 Morning prayer and afternoon prayer when the sun bends to set

“Therefor (O Muhammad) bear with what they say: and hymn the praise of thy Lord before the rising and before the setting of the sun.”( Kaf 50/ 39),

Time for the noon prayer

Time of evening prayer and Morning Prayer
“So glory be to Allah when ye enter the night and when ye enter the morning. Unto Him be praise in the heavens and the earth! and at the sun’s decline and in the noonday.” (Rum 30/ 17-18)
NOON AND AFTERNOON PRAYERS DURING THE DAY, MORNING AND EVENING PRAYERS
“Establish worship at the two ends of the day and in some watches of the night. Lo! good deeds annul ill deeds. This is a reminder for the mindful.” (Hud 11/114)
ISHA PRAYER

Therefor (O Muhammad), bear with what they say, and celebrate the praises of thy Lord ere the rising of the sun and ere the going down thereof. And glorify Him some hours of the night and at the two ends of the day, that thou mayst find acceptance. (Tâ-Hâ, 20/130);

My Lord! Make me to establish proper worship, and some of my posterity (also); our Lord! and accept the prayer.(İbrahim, 14/40)

The Most Important Time Of Prayer Is The Morning Prayer

The shape and cleanliness of prayer

“Be guardians of your prayers, and of the midmost prayer, and stand up with devotion to Allah.”(Bakara, 2/238)

Ali İmran 43: O Mary! Be obedient to thy Lord, prostrate thyself and bow with those who bow (in worship).
Prayers to be recited in prayer
“…Recite, then, of the Qur’an that which is easy for you.”(Müzemmil, 73/20)

Style And Rule Of Prayer

The tone of voice in prayer( isra 110)
Friday Prayer ( Cuma 9-11)
Fear prayer (bakara 239)
Funeral prayer (tevbe 84)
Call to the prayer, the azan( Cuma 9)
Remembering Allah after prayer ( nisa 103)
As you can see, God has explained everything in detail. This time they say, how to hold your foot, how to put your hand, they say, Where these details are.
Such extreme details have not been described so that there is no difficulty for the servants of Allah. It also damages the prayer by making people think about the shape, “hold your finger like this, lift your foot like this” with thousands of details. Allah has kept the details of the figure very little. Because God loves a prayer that is improvised but weeping with love and trembling with pride, rather than a prayer in which he is forgotten by thinking about shapes. Everything except what Allah tells us is great and difficult.
It is possible to find in the Qur’an everything necessary for other worship. Only those who wish to pray can see that other prayers and religious provisions are described in detail in the Qur’an.
And some people come out and say, shamelessly;
Some supposed scholars derived saying: “The Arabic word for prayer means “Ritual Prayer”. Ritual prayer also means help. Therefore, there is no prayer in the Qur’an. The places where prayer is called are to help each other.”
But Allah said, ‘ Ritual pray on the mount.’ Or in the war, some of you are waiting for the guard, while the other part of you is waiting for the guard. He said he’d ritual pray it before the sun came up and after it went down. It seems that these time-related issues are not a help but a form of worship.