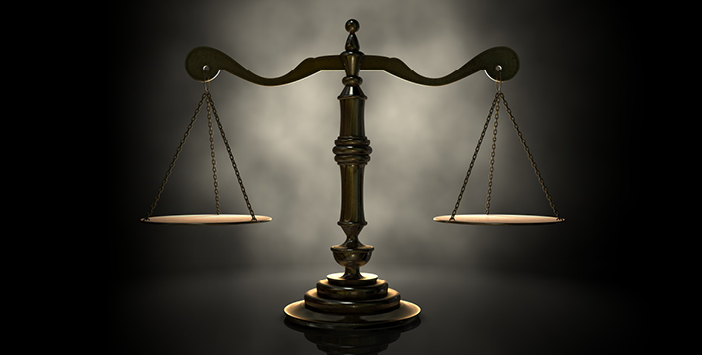 Is There Any Contradiction In The Verses Of Inheritance In The Qur’an? (11th Book 4th Section)

This is in accordance with the Qur’an. Because it is stated in the Qur’an that the proportions mentioned in the verses of inheritance are hads (upper limits, lines that should not be hung).

The verses are as follows;

Allah chargeth you concerning (the provision for) your children: to the male the equivalent of the portion of two females, and if there be women more than two, then theirs is two-thirds of the inheritance, and if there be one (only) then the half. And to his parents a sixth of the inheritance, if he have a son; and if he have no son and his parents are his heirs, then to his mother appertaineth the third; and if he have brethren, then to his mother appertaineth the sixth, after any legacy he may have bequeathed, or debt (hath been paid). Your parents or your children: Ye know not which of them is nearer unto you in usefulness. It is an injunction from Allah. Lo! Allah is Knower, rise. And whoso disobeyeth Allah and His messenger and transgresseth His limits, He will make him enter Fire, where such will dwell for ever; his will be a shameful doom.

It has been specifically reported that there are limits to the verse and that no further share is taken from it. In other words, the judge can reduce the shares in a balanced manner in accordance with justice, but he cannot exceed the shares, he cannot give more than the determined share by caring more about one.

The verses are as follows;

But the same part of Surat Nisa is said as follows:

4:8 And when kinsfolk and orphans and the needy are present at the division (of the heritage), bestow on them therefrom and speak kindly unto them.

Since it is essential not to exceed the limits set forth in the Qur’an, if the heirs of the deceased are not in sufficient position to divide the whole inheritance, then the increasing portion is divided among the present.
However, a method called objection was applied in Omar’s method and the increasing portion of the inheritance was allocated to the heirs again, as in the Omar method (AVL). In this case, it appears that the drawn boundaries have been exceeded. In addition, it is observed that the poor and other expectant relatives who are still waiting are forgotten in the classical method and that the commandments given by the Qur’an are not obeyed.
Half of the criticisms of atheists that are seen in today’s interpretation of sharia are sometimes overstepped and sometimes undershadowed. Boundaries must not be crossed.

In short, if you are in an Islamic country and a country where the Shari’a law is applied correctly, yes, women should be given a half inheritance in certain special circumstances. However, since there is no such country in the world, even the absence of a caliph, which is the common acceptance of the Islamic world today, the sherry provisions that the state must fulfill in Islam cannot be applied randomly by individuals. Let’s explain why this is happening.
In Islam, women are financially protected by 6 different methods;
1 ) Her father is obliged to look after her as long as she is single.
2 ) The husband is obliged to give the woman as much traditional wedding gifts as he wishes when he marries her.
3 ) As long as the husband is married and after the divorce, he is obliged to meet all her financial needs for a certain period of time.
4 )The widowed woman is entitled by the state to priority and first place in the income of Zakat. It is under state protection and its livelihood is provided by the state.
5 )Children are especially obliged to take care of their mother.
6 ) The primary beneficiaries in financial aid are again given to single women.
In this case, in an Islamic country, women will always be financially comfortable. Because if her husband is unable to provide money for her, she will be able to leave and receive a priority share of the state’s Zakat income. If you calculate the Zakat revenues of the whole country, you can see that this creates an enormous budget.
For example, it is unfair to set aside all the rules and ask for the provision of half inheritance to be given to women who are not under financial protection because almost none of the commands in the Qur’an have been implemented and lived in our country. In this case, the woman may say that if you do not apply the other Shari’a provisions, compensate for the loss in hand.
In fact, today everyone is subject to the laws of their own country, and this is the situation that individuals must abide by, whether or not until there is an Islamic understanding of governance.