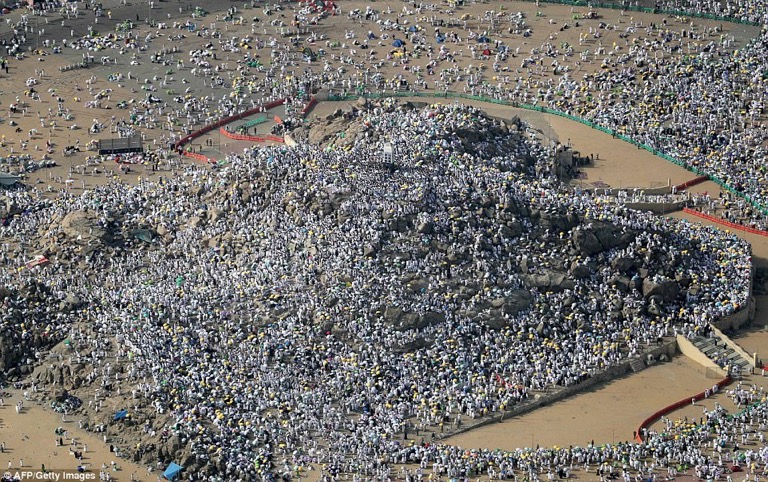 JOURNEY OF SECRETS FROM ARAFAT TO THE STRAIGHT PATH (2nd Section)

The words “sırat”, “tarik” and “sebil” in the Qur’an have very close meanings. Usually, all three are translated as “the road”. Ragıp Isfahani explains the main difference of these three words as follows: “Sirat” means main road, highway and Open Road[1]; “sebil” means easy road, comfortable and straight road; and “tarik” means road where only pedestrians can move.[2]

Lo! I have put my trust in Allah, my Lord and your Lord. Not an animal but He doth grasp it by the forelock! Lo! my Lord is on a straight path.

We learn exactly what the term “Sırat-ı muktakim” means best from the narration of the Messenger of Allah (pbuh). As a matter of fact, the companion of the first believers and the founder of Kufah Tafsir School, Abdullah b. According to Mes’ud’s (r.a.) account;

With the permission of Allah, I will miraculously show you this line drawn by the prophet on the earth and all the lines that cut it.

When we consider and evaluate both the verses in Fatiha and other verses related to Sırat-ı muktakim, it is clear that it is only our Lord who conveys people to the right path and enables them to persevere in the right way. Because he states that he / she will forward the people he / she desires / deserves to the straight path and make the order fixed. (Bakara, 2/142 ve 213; En’am, 6/39; Yunus, 10/25.)

6)Show us the straight path,

7) The path of those whom Thou hast favoured (1)

Really drawn on the world; As you will see in the miracle of the golden road; indeed, there are the ways devil draws around the direct path of God’s magnificent and golden proportion. The Prophet has foretold this miracle as if he had seen it, and it is his place, even if the true explorer of the miracle is not the person, but the Messenger of Allah, Mohammed (pbuh).

According to Sathapata Brahmana, anyone who dies must pass between two fires that burn sinners but allow good ones to pass. [2] Alparslan Salt, “Encyclopedia Symbols”, RM publications.

In addition, in shamans, state leaders or people who come to meet with high-level prophets must pass between two pillars of fire. If he managed to pass this way without getting burned, it would mean that his soul was clean. Piano d. Carpini, sent by Rome to meet with Han during the Mongolian invasion, had to pass the same test. We frequently encounter examples of this in history. (Ex: Osiris Temple Entrance or King Solomon Temple Entrance, 2 large columns would be erected at the entrance of these temples and could pass through only those who deserve it)

According to the Buddhists, the Buddha himself descends to the earth and walks on the path of a rainbow – light. In most fairy tales, it is believed that demons are waiting with gold in their hands at both ends of the rainbow. If someone who could go from the beginning to the end of a rainbow when he was not yet dead, he would be offered these “earthly” rewards, he would have found cubes of gold, and, if someone succeeded to cross this bridge/s after death, he would have won the prize of heaven (or eternal life).

The concept of Spiritual Bridge is found in the Christian tradition as in Islam. In the vision of Paul, this bridge is “thin as a hair.” Likewise, in the Breton epics of the Middle Ages, a sharper “sword bridge” is mentioned, which can only be achieved by suffering great pain.

The thin bridge symbol is also expressed in Georgian and Caucasian traditions with the phrase “thin from hair, sharp from sword”. The person who died in the Ossetian tradition, which is very similar to that of the Scythians, comes to a river that there is a very thin plank as a bridge over the river. If a person lives correctly, this thin plank will expand, solidify under his feet and become a magnificent bridge.

In the post-death beliefs of Iranian Zoroastrians, this bridge has been established as the Chinvat Bridge. The Chinvat Bridge is a bridge protected by the mythological God Mitra, and the dead must pass through this sword-like bridge to reach the other realm. If the soul is virtuous and honest, the bridge is like a sword edge and will facilitate the passage; however, if the soul is a sinner, the bridge will cut you like the sharp end of the sword, and it will cause the soul to slide and fall into the mouth of hell. [1]

Zoroastrian had described the prophet and Muhammad the prophet Muhammad in Islam. People were already on Sırat throughout their lives, and after the apocalypse their lives and deeds would take place. A person he helped in real life would see his victim or prayer in the form of a beautiful being and pass it over a very long bridge and take him to heaven.

Didn’t the children of Adam, who started with Adam and Eve, start from the place called the mother of the cities in Mecca, and did they not start the exam at the Sırat bridge and hell  here? 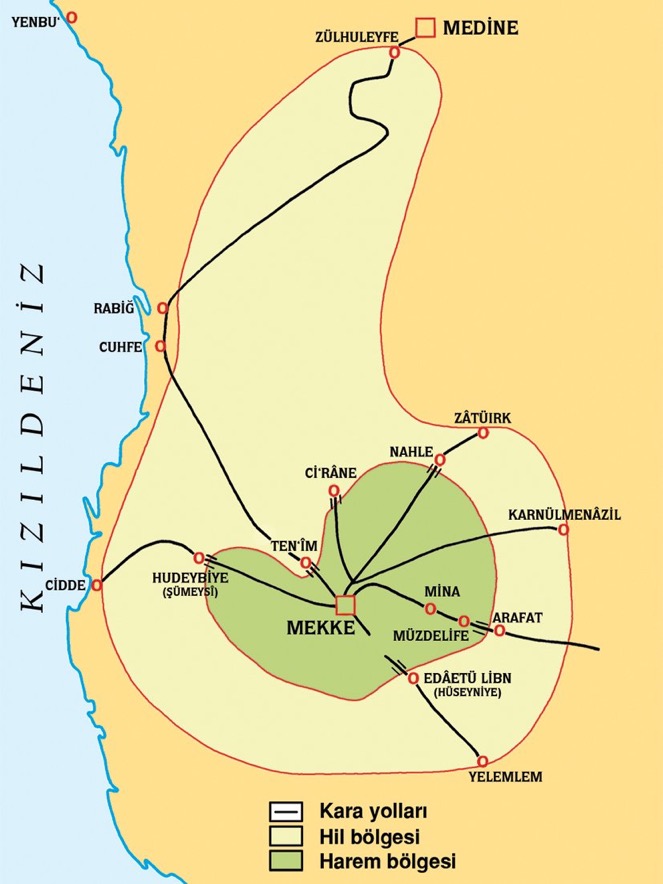 The verse says, “Didn’t we drop human beings from top to bottom?” Where was the top of heaven? Where did the Euphrates and the Tigris originate in scriptures and hadiths? Isn’t it from Anatolia? In other words, wasn’t the humanity descended from Mecca, which is considered the hill of Sırat, which is the highest one, to the bottom of Mecca? Adam and Eve, who met there, founded the first temple and city of the earth. Later, Adam increased his lineage and emigrated to the north.

So where does this road, which we call the GOLDEN ROAD, or SIRAT, start and end? It starts from Mecca and ends in Anatolia, right?

So did human beings go to Sırat? Did the people who started from Mecca multiply with city life slowly spread north? The first civilizations were established in the regions immediately north of Mecca. 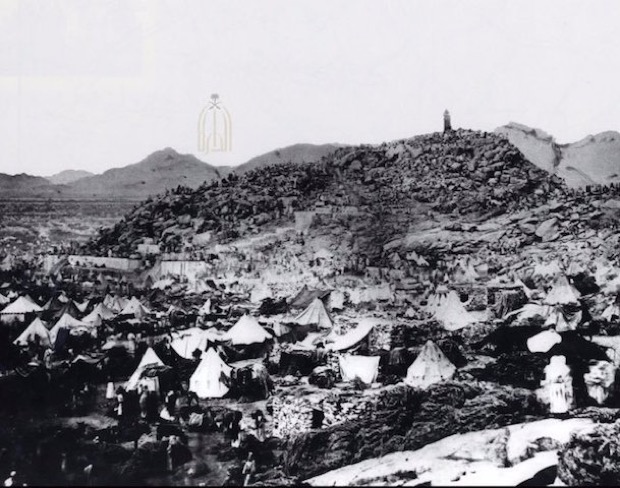 Isn’t it going to be asked everybody who falls from hira to hell according to the Qur’an; Have you not received an ambassador? They will say yes. Well see 7 stops on Sırat. Isn’t it the junction of all the prophets? Have all the prophets not come at the stops on that line? Didn’t it even send the ambassadors born out of proportion to the line? (You will see that all the apostles were born on a straight line or immigrated by Allah’s order and died there on the bridge)

What about people born elsewhere? I seem to hear that you say they didn’t go to Sırat. No; As I described in the book “Previous Lives”, every person has lived a chain of lives that started with Kalu Bela, and the least living person lives 2 lives. I tried to show you this with examples from the Qur’an and all scriptures and religions, and even with some scientific signs. And certainly, Adam and his race walked on Sırat. Then they scattered from there and some of them are still turning on Sırat. When the egos are gathered and assembled, the human can walk on the symbolic and embodied state of Sırat, where he walks the truth and confronts the official promised day of his life. In fact, man has already walked in the line before he died.

Then We reduced him to the lowest of the low,

People go and stand on the hill of Arafat in pilgrimage and are ordered to contemplate. But they don’t think enough. Why is that? Why this journey?

JOURNEY FROM ARAFAT TO SIRAT

Our Prophet’s (pbuh) saying “Hajj is Arafat” is very important in terms of showing how important Arafat takes place in the performance of pilgrimage, which is one of the five conditions of Islam.

“It is no sin for you that ye seek the bounty of your Lord (by trading). But, when ye press on in the multitude from Arafat, remember Allah by the sacred monument. Remember Him as He hath guided you, although before ye were of those astray.” (Bakara, 2/198)

We gather in Arafat in Hajj, as a greater order of Hajj than tawaf. He goes to Arafat in Adam and Eve, expelled from heaven. From there they try to go back to heaven. And there are all the prophets sent to mankind on that way of return.

Adam and Eve were driven away from the paradise of Anatolia, the highest point of Sırat, and landed in an area with deserts and difficult livelihoods.

We said: Go down, all of you, from hence; but verily there cometh unto you from Me a guidance; and whoso followeth My guidance, there shall no fear come upon them neither shall they grieve.

“Get off there, all of you. The expression used for saying “Whoever comes to me is a guide and who fits him, there is no fear for them, they will not be upset.”

From where Sırat ends and enters heaven; They were sent to the point where people gathered and climbed onto Sırat. Arafat square. The hill with the tower erected in Arafat is the place where Adam and Eve meet on earth and where they established the first city at the foot of Sırat. 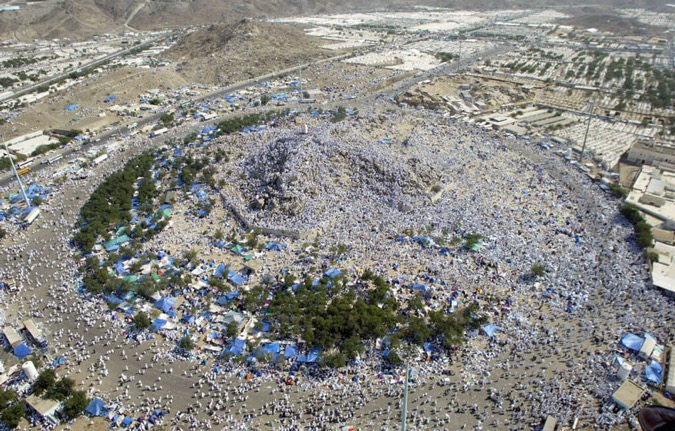 While the sons of Adam lived here, other human beings joined and were subject to them from different places and laid the foundations of civilization.

The Quran gives the first city of the earth to Mecca with the name of the mother of the cities.

And this is a blessed Scripture which We have revealed, confirming that which (was revealed) before it, that thou mayst warn the Mother of Villages and those around her. Those who believe in the Hereafter believe herein, and they are careful of their worship.

In other words, if all humanity is going to rise and walk on Sırat; yes this has already begun

The Quraish used to make foundations in Müzdelife before, and they did not do the Arafat foundation on the grounds that they were Harem people. (Muslim, Hac, 151-152. I, 893-894. Kâsânî, II, 125.) Allah Almighty strictly ordered the foundation of Arafat in this verse. Our Prophet said, “Hajj is Arafat.” The gathering of Ummah was an element of the pilgrimage was the foundation. (Kâsânî, II, 125. İbn Rüşd, I, 424.) 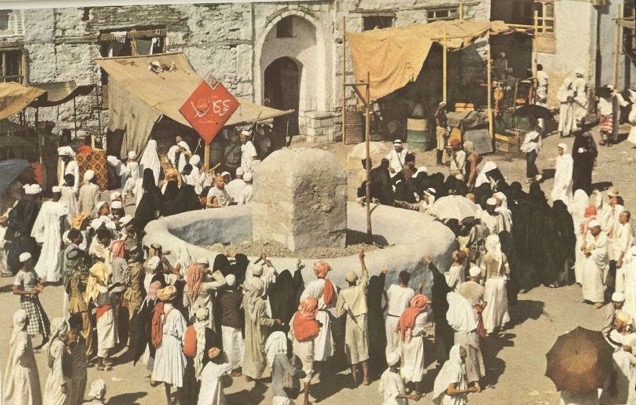 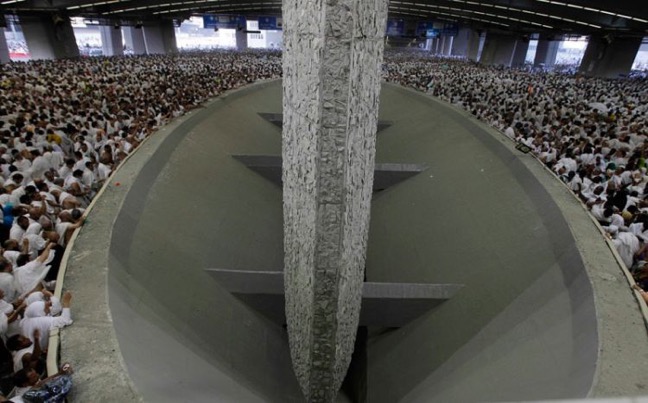 Because on the straight track; The first condition to be able to walk in Sırat is to be free of all evil, pyramidal, shirk runner elements and to stand against them. Because they will see the diverting paths devil crosses on that path. You can see his signs so that when he sees him, they stay away from him. The pyramid symbol is a symbol of the political power achieved by Satan in the immediate place of the world today with obelisks, and they show that they are trying to enter minds through the media by placing a pyramid into all media elements.

Why do we gather at the golden ratio point of the world and line up at the path of 19 degrees 19 latitude with high prophets? People did not know why he circumambulates while he was circulating until recently, and while he was counting, he thought that we were imitating Prophet Hacer who was just looking for water. My Lord bestows upon you some wise information. For those who appreciate and value deeply.

The sin of those who gathered at the head of Sırat by believing in Hajj is forgiven. If they die there, they will be resurrected in paradise of the future at the end of Sırat or in a place suitable for their authorities. 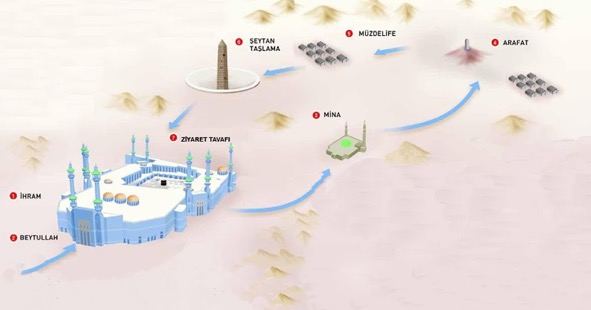 The Prophet Mahdi has the power to