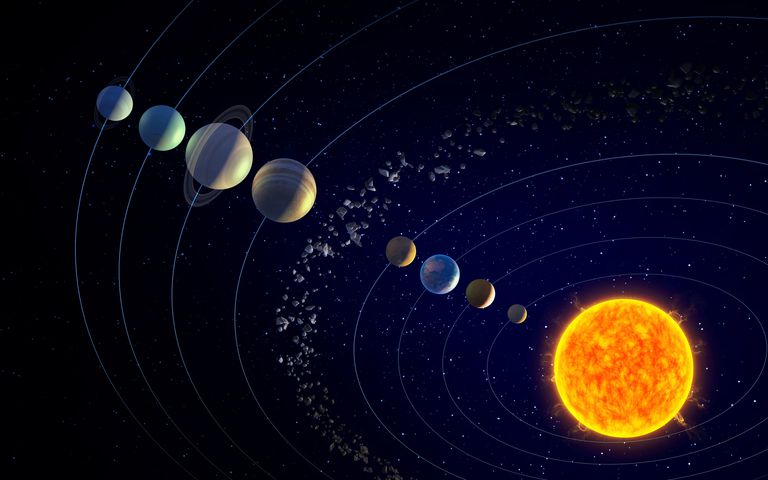 LET US HEAR THE LORD’S VOICE IN SPACE

First, let’s listen to his voice;

(Quran) “He says to become and it becomes” “His creation only comes true  with his saying to become.”

“If you want to find the secret of the universe, you must think in terms of energy, frequency, and vibration.” –Nikola Tesla

“We call the matter to the energy that is reduced so that we can perceive the vibrations with our senses. The item does not exist.” – Albert Einstein

In other words, science has discovered today that when Big Bang that is 300 thousand-year-old atoms and matter began to appear in the first creation of the universe, the universe was defined as a cosmic fluid and that a great volume of sound was vibrating the universe and that matter was effective in the emergence of matter.

This extraordinary wave of sound, called cosmic sound waves, contains the following statements in a scientific paper prepared by the magazine Newscientist;

The cosmic sound waves that emerged immediately after the Big Bang were also integrated into the map of the universe. The presence of these waves, thought to have been absorbed by photons in the early universe, was first discovered in 2005. The early universe will make use of understanding the distribution of galaxies from these cosmic sound waves carrying the echoes of the first 300 thousand years that have been accepted as an Early Universe. Scientists aim to increase the accuracy of astronomical measurements by taking into account the cosmic sound waves.” [1]

Scientists think that the universe would probably never have existed without these cosmic sound waves.

WHAT DID THE LORD SAY TO THE UNIVERSE?

(FROM THE PROPHET ENOCH)

How did the universe come about? Before we look at the miraculous details in Enoch’s book, let’s review the details of the existence of the universe.

The energy that has not been visible yet, perhaps, exploded like a bomb, radiating into the deep cavity of space. This cosmic explosion was called the Big Bang, which means a big explosion. In seconds, the temperature of the universe fell to 2 trillion degrees, and the quarks, first known as the most basic building blocks of matter, were formed, and then protons and neutrons were formed from them, forming the nucleus of the atom. Surprisingly, for the first 300,000 years, the light remained hidden in this explosion stack and did not appear.

Now let’s look at the details of the first creation of the universe in The Prophet Of Enoch’s (Idris As.) book:

1 – I have ordered the lowest (simple) things that invisible things must turn into visible things. And Adoil (ado-il means God’s confusion) became very large and I looked at it. It had a body of great light.

(In the second paragraph, the intense galactic matter dissolving and dispersing in the form of light distortions and spreading to the universe is described in a marvelous way. )

2 – and I said to him, “adoul, resolve yourself – unravel! And let the sight come out of you.”It was unraveled, and a very large “light” emerged.

26 3-and I said to him, “go below it. Get yourself settled. Be the foundation for the lower-level stuff! It was archas. (Archas means runnels. The quarks, the most fundamental state of matter, represent the energy behind them), it went down and placed itself. It was the basis for things at the lower level (the building block of matter). There was nothing behind the dark. [1]

Quarks are the first thing that occurs and gives the first foundation to matter. Indeed, they are like waves of energy in vibration and frequency. You see how wonderful the recipes are.

We understand that Enoch, also known as Idris As, received revelation from the creator, which nobody could know about thousands of years ago.

He placed his inner throne, which is described both in the Qur’an and in the Torah, in the middle of this light. We see that he talks while he is doing these things. That’s the way it is in all the scriptures. He uses frequencies to shape his creations. When the frequency reaches the range we can hear, we call it sound. So the creator actually speaks and continues to create everything through frequencies. 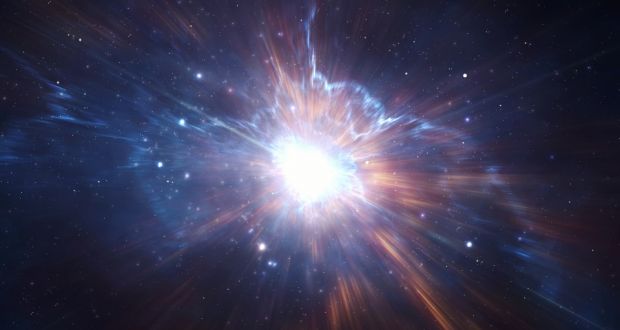 Adoil, that is Big Bang, is the inner conversation with the growing energy as soon as the creator decides to create it. He called it ADO-El – “the explosion-confusion of God” because he was talking about the explosion in his essence, not with beings other than himself.

God, our creator, is not a king living in heaven. He’s everything, and he’s infinite. But he appears to people as he wishes. If he wants, he appears as a king, or a spirit of light, or a hunched old man.

He speaks and the manifestation of these voices in the universe is frequencies and can be measured.

He sees with every particle and shows a part of himself to man. This is actually proven by the double slit experiment.

Is it not a contradiction in the humanistic divinity of the scriptures? No. The creator will show himself in person that he is everywhere and everything and that he can express himself in any way he wishes.

THE UNIVERSE TOOK SHAPE FOR YOU

Why is the whole presence looking into your eyes; to exist? Why is there no shape and absence; for the sake of eyes. Due to the fact that the Lord has placed a mirror in which he can see his own face. He made angels prostrate to many of them, to whom he called my friend and my loved one, who had the possibility of being the most superior thing ever created. He has given her deep eyes like a mirror, so whatever beautiful is created in the universe will surely be presented to man; for the sake of his eyes. Remember, the ear is an eye, the skin is an eye, the mind and the heart, the nose, and the tongue are actually an eye.