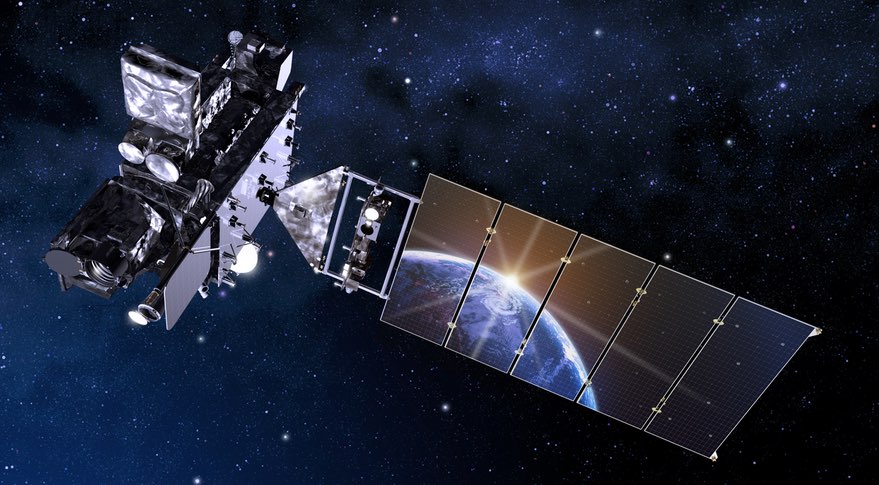 MIRACLES OF DIFFERENT COORDINATES IN THE QUR’AN (PART 8)

In this section, we will see that some words are hidden in the Arabic of the verses in the Qur’an. If we look at the place and the sequence number of these verses in the coordinate system of the world, it is seen that this verse is related to the secret or explicitly mentioned name. This applies in particular to important points and names in the history of religions and world history. God, of course, chooses from thousands of important places and places them in his book in a sufficient number to be a clear sign to people. This miracle is the perfect proof that God knows the units of measure that people will put in the future 1400 years ago and that he sees the future.

And that which We have revealed to you, [O Muhammad], of the Book is the truth, confirming what was before it. Indeed, Allah, of His servants, is Acquainted and Seeing.

Turning in repentance to Him, and fear Him and establish prayer and do not be of those who associate others with Allah.

God says in the verse coded by the birthplace of the Prophet Musa (as) in the meaning of the verse. (Turn to Moses and respect him.)

And when our verses are recited to him, he turns away arrogantly as if he had not heard them, as if there was in his ears deafness. So give him tidings of a painful punishment.

Prophet Muhammad came to the first revelation, located on the Nur mountain Hira cave is a place of pilgrimage. The Qur’an began to descend here, and in many respects, Gabriel appeared here for the first time in its true form and has a unique significance in the history of Islam and world religions. It is a miracle that the word Hem Nur (Mount) and the word Hira and (Cave) are used side by side in the verses that carry its coordinate numbers and it is mentioned that they take revelation.

Say, “I only warn you by revelation.” But the deaf do not hear the call when they are warned.

The most important feature of the city of Sebe is its paradise-like gardens. It is written in the Qur’an that the magnificent gardens and dams of the Sebe people were destroyed by the evils of the people.

Saba Sura 15 There was for [the tribe of] Saba’ in their dwelling place a sign: two [fields of] gardens on the right and on the left. [They were told], “Eat from the provisions of your Lord and be grateful to Him. A good land [have you], and a forgiving Lord.”

Indeed, the righteous will be within gardens and springs.

And the earth – We have spread it and cast therein firmly set mountains and caused to grow therein [something] of every well-balanced thing.

LOCATION OF THE WORLD SEED STORE

78:15. That We may bring forth thereby grain and vegetation

There is no hareke in the original Qur’an. (In Arabic writing, the signs expressing the vowels placed over the letters are called hareke). This verse can be read with a different reading; lunuhrihbin hahabbin and nebata.

The aforementioned verse 78:15 directly coincides with the coordinates of Svalbard Island.

Also known as “Apocalyptic Warehouse; “Global Seed Store” project. All necessary plant seeds in the warehouse are located in the world. … In this barn, whose walls are built to withstand even nuclear bombs, about 4 million different seeds from around the world are stored in order to sustain the generation of humanity, which can survive a disaster like a nuclear war or global warming.

The verse that begins with Lam and nun has the first two letters of the word long at the same time; it gives a surprising indication that even the name of the seed store expressed in the coordinate is known.

Although there is no word similarity in the verse, it is worth noting that, unlike the others, this compliance of the coordinate is a previously recognized knowledge. (1)

THE VALLEY OF MOSES AND THE GOLDEN RATIO

The Qur’an is coded in the place where the grave is, as are the signs of the places where Aaron lived.

The grave of Aaron is exactly where 30.18 and 30.19 latitudes meet. He will revive from this grave on the Day of the Hereafter. 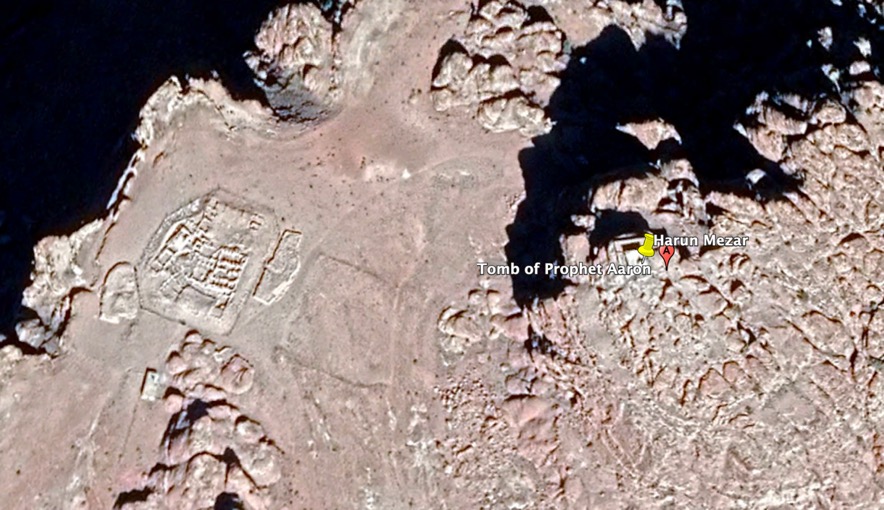 In verses 30.18 and 30.19 of the Qur’an, the name of Aaron and information about the origin of the dead are hidden. The sentence in verse 18 was interrupted and connected to verse 19. In fact, death and resurrection of the dead are expressed at the end of the day and at noon. In the sight of God is one day is a thousand years. Calculate every thousand years of conversions according to the verse for the resurrection of the dead.

And to Him is [due all] praise throughout the heavens and the earth. And [exalted is He] at night and when you are at noon.

The word Aaron (Harun) is written exactly in verse 18, and hidden in the word “hurucune” that means “exit” in the 19th verse.

This line includes Mount Aaron, the Tomb of Aaron, the city of Petra, the well of Moses – the rock that extracted water, and many sacred places with accommodations for the Sons of Israel.

The fact that even the distance between the Solomon temple and the valley of this Holy Moses has been appreciated with the Golden Ratio and a 7-degree angle reveals once again that God has never done anything on Earth randomly.

Remember that the 7X7X7 kilometre (343 km) and (19,618 degrees) angle between the Goshen area, the place of origin of the Israelites, and the temple of Solomon. 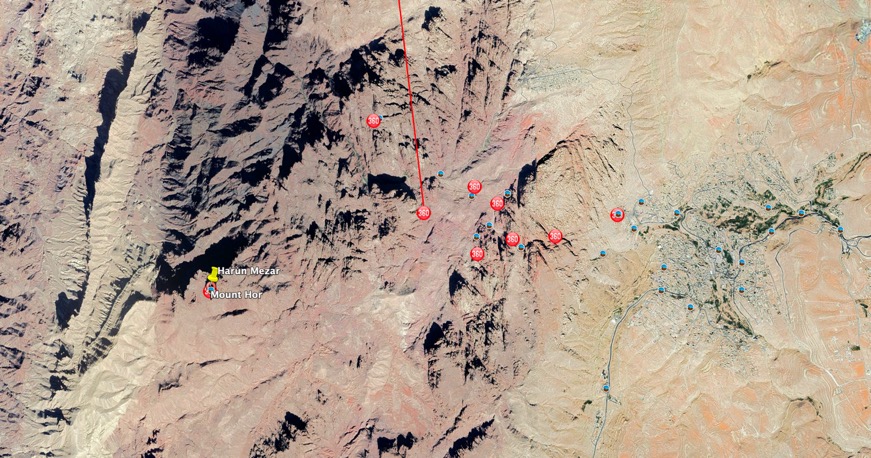 The People of Ress, or the Tribe of Ress, are the people mentioned in the Qur’an as one of the perished peoples and are now thought to live in the city of Er-Ress in the El Kasım region of Saudi Arabia. (Wikipedia). 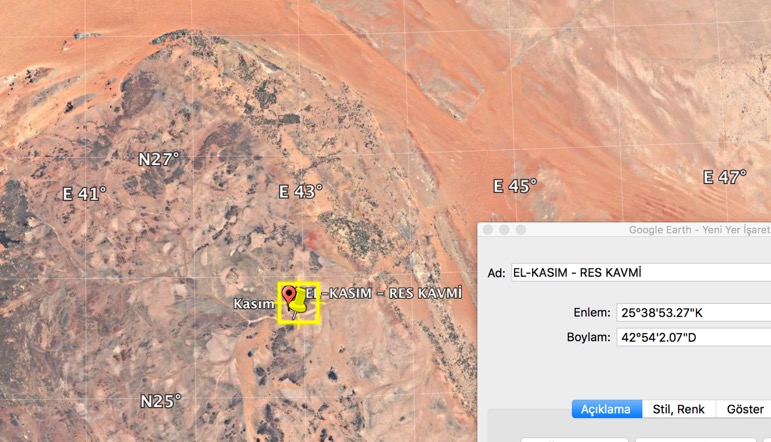 The Prophet Suayb had gone to their cities to warn these people who had little information about them. Because every prophet is obliged to warn the cities around him.

The word Ress is mentioned only 2 times in the Qur’an, which is composed of 6236 verses and 77,000 odd words. It is a great miracle to reach his coordinates in this verse, which refers to the people of Res.

And [We destroyed] ‘Aad and Thamud and the companions of the well and many generations between them.

(Ress people said this) ; He almost would have misled us from our gods had we not been steadfast in [worship of] them.” But they are going to know when they see the punishment, who is farthest astray in [his] way.

BUDDHA AND ITS PEOPLE COORDINATE MIRACLE

Buddha is the founder of Buddhism and is known as a philosophy and spiritual maturation path rather than a religion. But that is what we call religion. When we look at the words of Buddha and some verses in the Qur’an, it is possible to think that he was a prophet. In addition, the miracle of the Golden Path sheds light on the prophecy of Buddha. After Islam and Christianity, Buddha is the largest ummah in the world. However, this majority of the ummah did not accept the other holy books.

Below you can see the coordinates of the Limbuni Temple where Buddha was born. In the verse, which has the same numerical value as the coordinates, we see a magnificent narrative, referring to the fact that both the real name of the Buddha and the Ummah do not adopt Hebrew religions.

And [warn of] the Day when We will gather from every nation a company of those who deny Our signs, and they will be [driven] in rows

Buddha’s real name is Gautama . The letters of this word, which are read as gulliummeti in Arabic verse, are read as galuamata if we remove their markers without breaking the order. (In fact, there is no sign of the Qur’an).

Is it a coincidence that Galuamata is so similar to Gautama and that his ummah rejects the books of Hebrew religions?

There are so many 4 letters side by side that we cannot imagine that it is a coincidence.

(There is no sign in the original Quran, the vowels are largely predicted from the sentence)

So if we reevaluate the verse with this wise meaning;

And [warn of] the Day when We will gather from every nation a company of those who deny Our signs, and they will be [driven] in rows

It is a reference made by coordinating that the society that rejects most of the Hebrew religions and the evidence and books about them from a different point of view is on the world.

Some may ask why the name is not written exactly the same way in plain logic. He can ask this as if he doesn’t understand statistics from his statistics. I wish there was no Arabic word called Gautama or Gotama. Knowing that he sees the future and even giving the latitude and longitude value of the founder of the religion, it is evident that he shows a great miracle while giving the message that should be given.

Some might ask, by plain logic, why the name isn’t spelt exactly the same way. He can ask this as if it were a flaw in his statistical calculations. I wish they knew there is no Arabic word Gautama or Gotama. It is obvious that the Qur’an shows a great miracle, knowing that it sees the future and even giving the latitude and longitude of the founder of religion while giving the message that should be given to the verse.