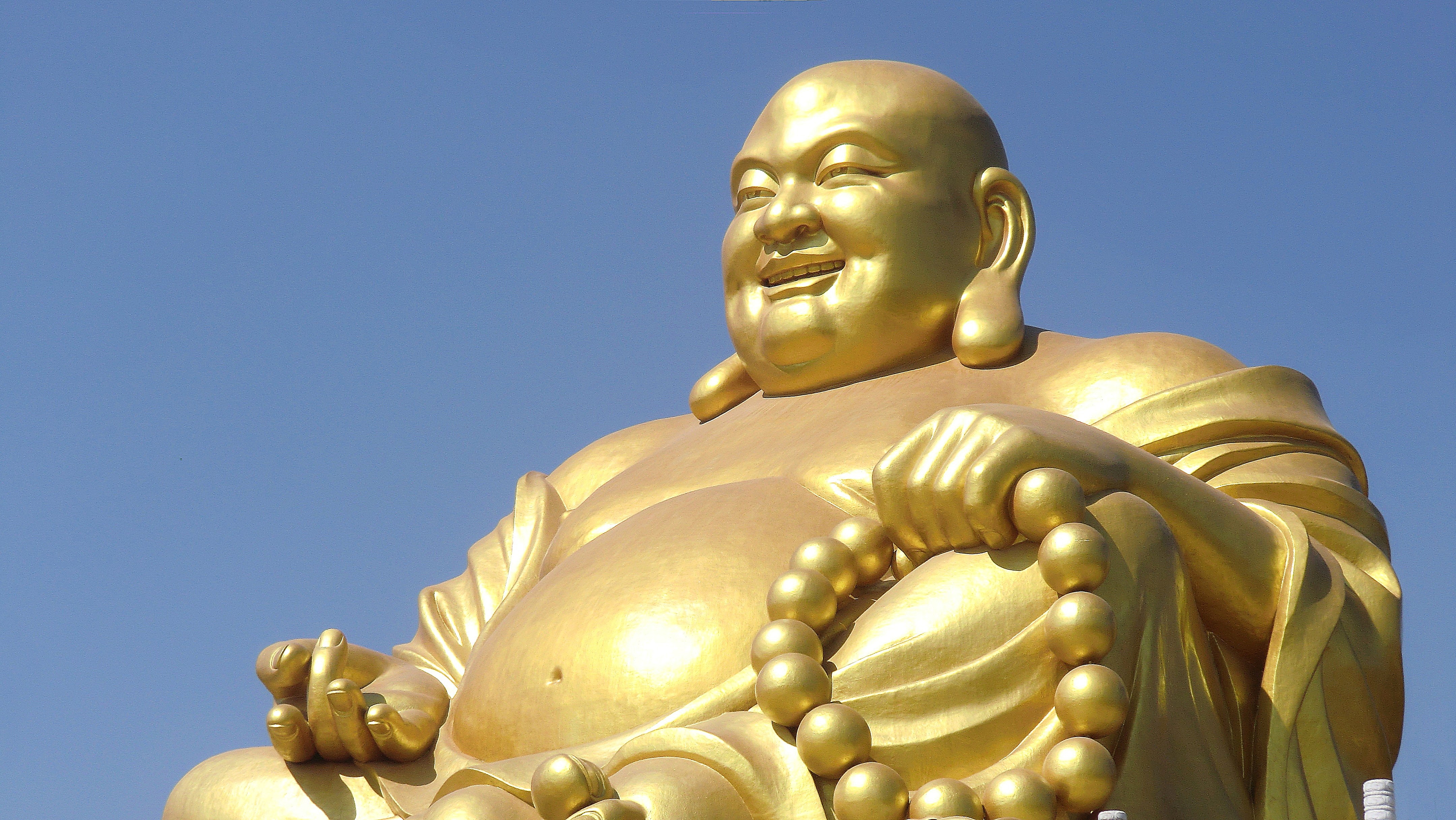 NAMES OF MIDRA ERDEM (VIRTUE IN ENGLISH) AND METTA IN BUDDHISM, HINDUISM, AND MITHRAISM

In Eastern religions, the name of the expected saviour is Mitra, while the last name is Mettaya or Metta.

Maitreya or Metteyya is derived from the Sanskrit word Maitri (Pali: mettā). The sacred books and leaders of the Eastern religions spoke these languages.

“The Buddha said to Sariputta: Our era is a happy one. 3 leaders lived in our time. Kakusanda, Kanogama and Kasapa. I am the Great Buddha, but METTEYA comes after me. As this happy age continues, this Buddha will come to METTEYA, the leader of all people called “The Great”, before the number of his years runs out.”

As seen in other religions, Buddhism also has the belief and expectation of a saviour. The family name of the Saviour is Metteyya (Maitreya), his main name is Ajita (it means invincible, very powerful). Eschatological hopes related to this future Buddha faith form an important issue in Buddhist countries as a kind of Buddhist messianism or Mahdi within the conception of a saviour.

To the rocks in the mountains of Tibet and Mongolia, the inscription “Come Maitreya, come!” is engraved. In fact, the Buddha himself stated that he could not complete the religion and that after that, a person named Metteyya would come and complete this work.

“And Ananda asked the Blessed One,” Who will teach us when you are gone?

And he answered: I am neither the last nor the first Buddha to come to earth. In time, another Buddha comes into the world, fully enlightened by the Holy Light, full of wisdom, good behaviour, and a master of angels and mortals. He’ll explain what I explained to you.

It informs its religion and purpose. It preaches the pure and true religion as I have declared. His disciples would number in the thousands, whereas mine would be in the hundreds.

Ananda asked: How do we know about him?
The blessed person replied: He will be known as MAITREYA.”

Maitreya: according to H. Bayners “Merciful” (the Way of Buddha, p.15) and, according to Carus,“Whose name is goodness”.

Maitreya is the last of the five earthly Buddhas.

The 5 MIM ( The letter “m” in Arabic alphabet) mentioned; who are the 5 Midra spirits?

Notice that the last letter of each is a mim (m). The one who carries five Mitra souls. The beginning and end of the letter of mim gives information about whether spirituality will come at birth or later. All of these people have a spirit at a certain age.

The others are 3 Mims (Moses, Muhammad, Mary bin Christ Jesus) born with the spirit. Knowing their fate, God inspired their mothers by seeing and arranging the future.

In the holy texts, we first refer to the word Meta as “Yunus bin Meta” in a word related to the lineage of the Prophet Jonah, a prophet who was a descendant of the Israelites. A significant number of researchers report that it is his mother’s name. The mother’s family name has been interpreted as thinking that the mother’s side is better suited to Commemoration. There was even a similar one in the Arabs, and some Sahabis (the companions of the Prophet Muhammad) were called by the name of the mother since the mother’s side was seen as more acceptable. (See fig. Âmâ sahabi Abdullah bin Ümmi Mektûm)

According to the widespread belief of Buddhists, Maitreya, who will be born in the future, is a Bodhisattva who will attain full enlightenment and teach pure Dharma. The Buddha of our age will be the successor of Gautama Buddha.

Maitreya is the last of the five earthly Buddhas. He lives in his own celestial realm, called Tusita, until the day he arrives in the world of these phenomena; and there he tells the teaching to other celestial beings. When he returns to earth, he will give three sermons to those who are personally connected with him.

Followers of this faith attempt to form a bond with Maitreya, with the aim of being able to perform three sermons. One way to do this is to be reborn in Tusita after working through life and dying so that Maitreya will be with you as you descend to earth.

The fact that Maitreya is the future Buddha is first mentioned in the Sutta Pitaka in the Pali compilation of the Theravada school. He is a popular figure in areas where Mahayana Buddhism is widespread; especially Tibetan Buddhism places great meanings on Maitreya. It is also called the eight great Bodhisattva or the eight great sons of the Buddha.

The Samye temple, the first monastery of Tibetan Buddhism, is dedicated to the Maitreya faith. According to the Pali review, Maitreya is currently waiting to be born in Tushita Heaven. Tushita Paradise is a paradise located six stories deep in the world of phenomena where all Buddhas lived before rebirth.

WHY WAS IT GIVEN THE FAMILY NAME THAT CAME FROM THE MOTHER’S SIDE?

Because in both Judaism and Islam, the lineage continues not from the Father but from the mother. In Jews, a person must have a Jewish ancestry by the mother in order to become Jewish. In Islam, the following verse describes everything.

Lo! It is thy insulter (and not thou) who is without posterity.

The Prophet Muhammad’s progeny had only continued from his daughter. He has only one child. Then those who did not understand the Qur’an ignored this divine explanation. They kept a record of only the lineage from the father and did not add the lineage from the woman to the genealogy. In fact, there is no record of the existence of the true Sayyids and sheriffs, that is, the descendants of the prophet, and they have not been kept. It seems impossible nowadays to know who they are.

The most sacred mantra in Buddhism is “Om mani padme hum” (from right to left, read as “Muhammad Api Nammo” when reading in the order of the divine alphabets. (“Nammu” is the Creator God in Sumerian. “Midra “is also spelled “Erdem (virtue)” backward in Hebrew and Arabi languages.)

In the video below, we listen to the statement that the famous Buddhist leader, the Dalai Lama, is trying to make about its traditional meaning. Until today, it meant “the Pearl in the Lotus.” I hope the world will understand that the Pearl is the Prophet Muhammad. I will present them with hundreds of other proofs, by the grace and inspiration of God. (willing)

The Mantra appeared in the Sanskrit language in India. This mantra that the Buddha entrusted to his disciples, that is, the sacred chant that is repeated constantly, bequeathed peace to the future and open arms to all religions of the world. When this dhikr is recited in reverse it is voiced as (Muhamed api Nammu). I mean, Muhammad who got to Nammu. Nammu was the name of Abraham’s people, the unique and unincorporated absolute god who created everything in Sumer. Muhammad, on the other hand, was a prophet of Mercy who commanded to believe in all the holy books of the world, the one God, and all the messengers who showed miracles and opened his arms to all mankind.

In other words, the Buddha bequeathed Muhammad, who accepted all the messengers on earth, and the one God who created all things, to all the people who believed in him.

When the OM TARE TUTTARE TURE SVAHA mantra, one of the greatest mantras of Hinduism, is read from right to left; it is read as Ahava Surettut Eratemo. It means” the image of sacrifice/love is Eratemo”.

In the earliest sources of Eastern religions, the expected person’s surname is mentioned as Metta, as well as his name as Mitra. Again, when it is read from right to left, “Ardim” gives the letters of the word “Erdem” in the divine Alphabet (in Arabic and Hebrew). Mithraism, the largest religion in the world before Jesus, is dedicated to waiting for him, and according to this religion, the expected child emerges from the “rock”. “Rock ” is one of the names repeated frequently by God in the Torah, and refers to God or his caliph.

The angle of the village of Bagder-Kara, the hometown of Mehdi Maitreya E.meta himself and his descendants, with the Limbuni Temple where the Buddha was born, is exactly 90 degrees (right angle). The pyramids and gardens of Giza, which are considered the birthplace of the Prophet Moses, and their angle are also exactly 0 degrees. So 10. The city of the avatar is powered by the prophethood of Buddha and Moses. They confirm each other astonishingly in terms of where they come out.