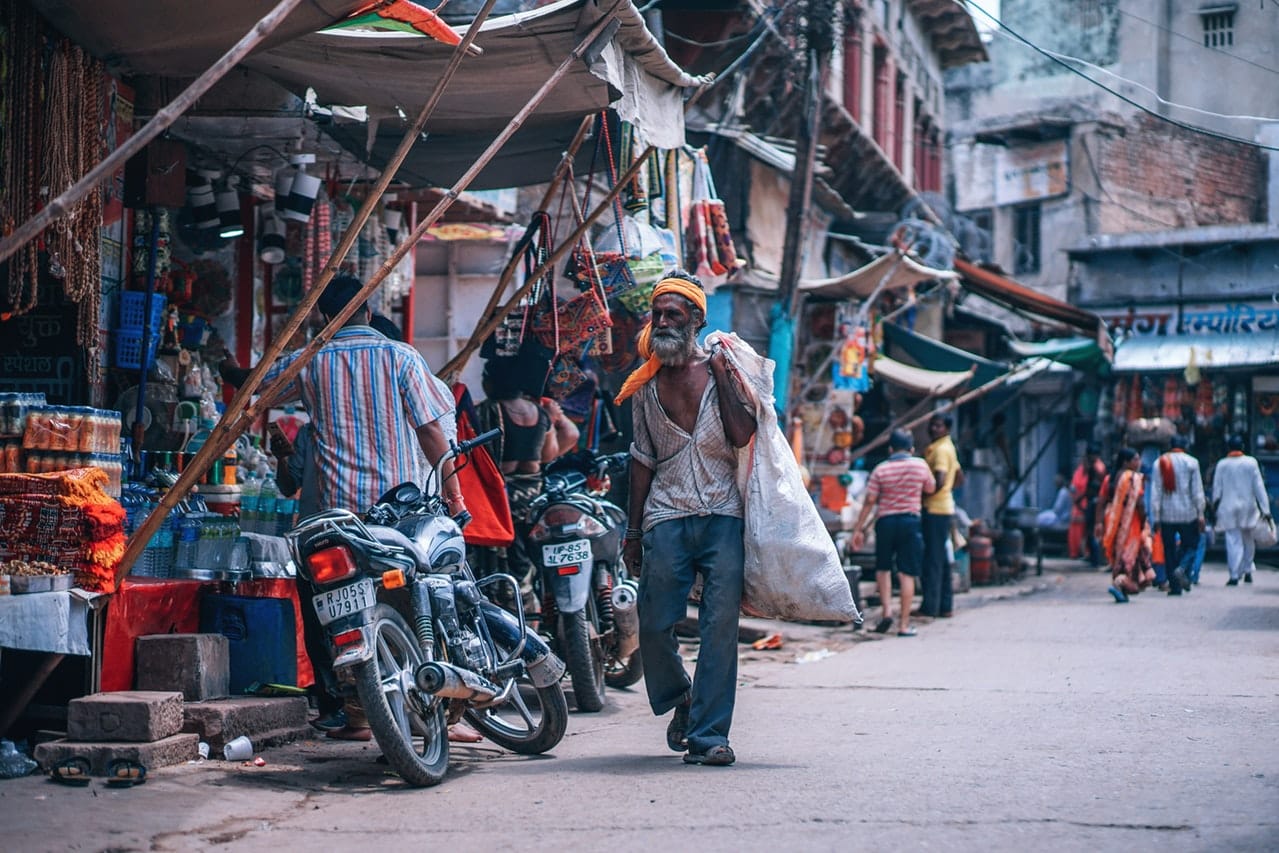 You may consider yourself a good person for not killing someone with your gun or stealing their property by force. But the truth is not like that.

The clever one steals other people’s bread with his clever weapon. To be good is to be willing to take an equal share with those who, despite being clever and more productive, do not have the same power. Trying to collect more is not the intelligence to try to collect more without knowing borders. It’s a bullying use of a given weapon.

The beautiful kill the ugly with the weapon of beauty, spiritually, and enjoy keeping as many hearts as possible. The beautiful eye hunts the world’s goods like a weapon; it mates with the rich. The one who is seen ugly is the porter’s wife.

Do you have a country? Are you a nationalist? Should your country be the biggest? This is also not caring about other countries. Putting boundaries between people means that no matter what those across the border go through, they don’t care if we’re comfortable, they don’t come… If you are in the same situation one day, would you not be worthy of being turned away from you? It is cruelty to want his own family, his own country above others. The person inside them who doesn’t want what they want for themselves is not mature people. Any man who defends borders is selfish.

You know there are hungry and poor people in your city. But I do know that we need to upgrade models of our vehicles and mobile phones to save our earnings for holidays in more upscale hotels.  If you are hungry or poor one day, why should Allah have mercy on you? Because you were selfish and cruel. You were collecting and piling up what was desired with your weapons of ability, which were not Metal, but more powerful than metal.

If humanity is cleansed of its shame, it will be freed from living in the hell of Earth. He will be taken first on Earth and then to the heaven promised by the creator. The way for this is that the borders are phased out and all peoples are united as one state with a fairer, humane understanding of governance. This system is called Diwos. I believe in this project and I support it with all my might. I believe it is the only way for a wonderful world ruled not by Kings but by just and divine law.

Cruelty Effort Against The Creator

Cruelty to the creator is impossible. Allah is apparently untainted by the wrongdoing of the created. But to be cruel what he has created, to ignore his person, to find fault in his person, his decision and his work, and not to respect his orders and prohibitions enrages Allah. As the phrase goes, it makes him sad. Anger in truth arises from accumulated sadness. When you want to love someone, you get upset if he pushes you with his hand once. You endure in case it changes. But if he starts pushing you around every chance he gets, your grief turns into anger. Your mercy is wrath.

What’s the biggest theft? Stealing tons of gold from a bank? No. It is the stealing of a person from Allah, who gives him life, gives him all kinds of blessings, makes him friends, promises paradise, and fulfils many of his wishes. How about that theft? In return for all this, he asks for prayer and a little expiation. Being a moral person is the debt of humanity. If a person walks and does not stand for prayer, he will steal the price of his legs. If a person does not remember Allah even though he can speak, he will steal from his language 5 times a day. If he does not think about God and the art and law he has created, he will steal from his brain.

All this is not a torment for the one who loves his Lord, but a pleasure. As for him who continues to suffer, his prayer and patience will eventually turn to pleasure.

It is the cruelty of the person to do things that will cause him/her to feel bad. For example, if drink and drugs were even halal, it would surely be forbidden to be a habit. Because he would definitely lead the person to self-harm or commit a crime.

It is the cruelty of a person to sit idly by without learning the knowledge that will protect himself in life and the hereafter and to kill his time for pleasure or unnecessary work. It’s like a rat eating cheese without a trap. In reality, that rat is persecuting himself.

Eating too much or moving too little is one’s self-cruelty. But if a person oppresses himself for God’s sake or for the benefit of the people, this will surely come back to him as a greater reward.

The scholar learns and teaches knowledge by sitting constantly. Will find opportunities to act. When he eats less, his blood sugar drops, and he doesn’t know what he’s reading, and he doesn’t have the energy to work his mind when he writes. I hope the door to forgiveness is open for him.

The person who is constantly engaged in prayer and dhikr is both very moved and his / her mind does not need food. Therefore, the belly of the worshippers is not tolerated.

It is the cruelty of one’s own self to be beaten or condemned for his sins. But since it was made for Allah, it will return to him with a good return.

We understand that everything that is not done for Allah, even if it seems useful, is cruelty to man. In everything that seems to be cruelty, if it is for Allah, it turns into a Thunderbolt (a vehicle which carried Muhammad to heaven), which leads to Allah if it has wisdom.

Cruelty To Those Around Him

If people are happy to be near you, especially your family and relatives, the responsibility is lifted. But if they’re restless because you’re nearby, you’re persecuting them, even if they can’t say go.

It may be that people are trying to withstand your flaws because they think they are economically dependent on you. You need to use it.

We are most tested by those around us. Of course, no one is perfect. But I write for myself and for you, as we will be protected as we read and remember.

And I want to tell you a secret. If you see evil from the good that you do to those around you or someone else, it is because you are not doing good for Allah. And whatever good you do for Allah will return to you a greater good.

Everything is like that in life. The Muslim forgets Allah and suffers as long as he lives for his servants or for the worldly. And as he lives and works for Allah, the whole universe begins to serve him.

Cruelty Against the World and Humanity

Smoking (the right of the servant and the cause of Torment)

Some say smoking is revolting. No, more than that, it is the right of the servant. Because almost everyone who smokes always irritates the person next to them with their smoke. This discomfort beyond a distaste such as the smell of sweat affects everyone next to it as if they drank the poison. Although a significant number of people don’t smoke like me, a migraine pain holds when they breathe a bit of their smoke in the environment.

Outdoor smokers can sit in cafes. Those who do not drink and those who are uncomfortable having to sit indoors. The budget that must be met for the treatment of many more diseases, such as heart attacks, lung and throat cancers, caused by smoking, is also a burden on nonsmokers.

If a person annoys an average person with his / her smoke every day (even if he/she drinks in the café, it reaches passers-by, or goes to the non-drinker at the next table etc.), he/she will owe about 11000 people the right to worship in 30 years. At the same time, a luxury vehicle or home will be lost at this time. He will have reduced his life by at least 10-20 years.

It’s obligatory to stay away from smoking somehow. It is sufficient for a man to smoke as punishment.

This is like falling to the lowest of the low. By saying: “Let me do this (cursing)” to a friend, a little annoyed person, his boss or a politician, even less than the torture and rape that soldiers did in the countries they occupied in the past wars, will cause him to be cursed.

This is because the people of Lut were destroyed because of their longing for these behaviours. They are cursed to keep taking these disgusting words and thoughts into their mouths every day, even though they do not.

Blasphemes defend themselves by saying words uttered out of anger, which is not exactly what we want to say. In fact, we need to seek refuge in Allah from Satan, who has mastered our minds enough to make us say things we do not mean.