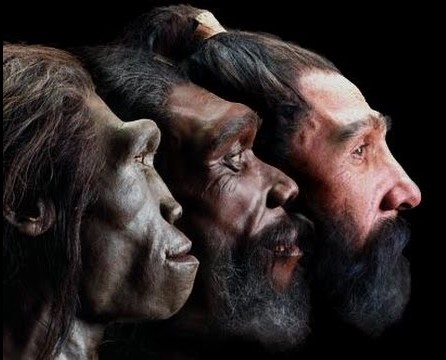 DEVELOPMENT OF SPECIES AND SELECTION OF MAN BY DEITY

When a human being was an animal, a soul proposed to him when he lived freely in forests full of fruit and gazelle, drinking fresh water from his sources and had as much love as he wished. Do you want to create it too? Not like God, not from nothing, but want to be the king of all animals and other human species by changing everything that exists?

Man’s ancestor was the first animal or human to see God. He likened God to the sun first. He thought the thunder was his voice. The animals frightened and fled, but he searched the glory of the glories he thought was sitting in the sky through those bushes. When he sensed him with his heart, he saw him in the sky and fell in love and wanted to be like him. The genetic code stack came to the world again, like a curious programmer. He had to have endless pain. Because only a sufficiently dosed pain develops a primitive presence. Suffering, he either gets used to it or reveals the power to find a way to solve it.

God first took her dress from the hair over h. Now it was cold in the cold, sunburns his skin. The teeth of the animals he was grappling were breaking his skin, he did not have a thick protective coat. It was extremely ugly. He was suffering so much; he had to work his brain cells with all his might. He should have spent much more effort to make a home, collect food than other living things. That first entrusted entity stepped into humanity; He suffered incredibly. He was devastated thousands of times in the journey of reaching God and turning him spiritually. He died several times and died. But every pain taught him something.

Our genes were like a disc that carries our fears and interest and transmits it to the next generations. For this reason, the flies learn to fly as soon as they are born. Birds have not yet been able to transmit this information fully, so they need to practice a little.

That first gene matured. He came to the level to carry the spirit of God. Meanwhile, over the past thousands of years, God raised him because of his effort and made his appearance beautiful. He redesigned a woman he chose from among them and brought him to the world named Adam. He will be souled by the spirit of the Lord; he would aspire to suffer as being the top of the creatures. He was a bitter man. He almost enjoyed the pain, chose the hard.

God said to DNA, “Travel in the earth and improve yourself”. From body to body, from the river to river. Improve yourself. Advance by learning. DNA travelled from the body to body. The day when the egos will be united, each clone of DNA will come in a body in front of your Lord. It will represent all the way it flows. Whatever he saw will testify to all of them.

Since Adam was not mature enough, he was thrown out of heaven and returned to the world where he would develop further, but this was a secret gift given to him. His return would be magnificent. Adam was the first yummy, the first soul. The information in his DNA has been divided into millions. Million Years of experience has evolved and constantly developed people. From time to time, the Lord helped him. The devil made his life harder, but it developed as he struggled. As he sank, his legs became deeper and he removed the book of knowledge from ignorance.

Each branch of the genetic structure produced different information. He was getting stronger in some alchemy, some language, and some war. Genes emerged that became superior in different subjects. DNA, which has renewed itself billions of times, will one day cross the road with master DNAs and new intersection DNA will emerge, taking the top of every DNA. The Lord, like a bee collecting honey from every flower, allowed Adam and his lineage to be even with the devil. The fallen angels mixed the gene of Adam. Nature and destiny, whether willingly or unwillingly, accelerated the pain and rise of Adam’s lineage.

Look at the world; the white man headed north. There, he encountered the ever-changing freezing seasons, an unknown nature and species, and barren land. His pain increased and the pain trained him as a master trainer. The level of pain in the 40th latitude has become the birthplace of the world’s largest powers, species and genes. Beijing, New York, Europe, Istanbul have been power centres throughout history. The pain in the north further dissolved more than he had trained man. It was a point of 40 adulthood, the pain of the world and the age of man. The species that emigrated to the north and confronted suffering appropriately rose. The divine spirit was born in Adam; the middle east continued to preserve its place in human history as a powerhouse of religions due to genetic transmission. There was no such genetic heritage in other lands. But its names.

One day, the information has reached a point that everyone can reach. Master DNA had discovered a channel that would quickly bring him to the knowledge and abilities that the combination of sharp lineages could no longer reach. It started to reach thanks to the information copied to the experiences and deep ways of thinking it could not acquire. He did not need to die again for the information. It was enough to read and watch.

The supreme form of mankind was the age when he began to understand God, the eternal power that created himself. He was the person who understood him best. It was the best understanding of what created the top, not the most complex tool of humans, but the one who created it. Because being close to the creator could be possible by understanding it. Reconciling with the creator and being friends was more valuable than making machines. Because he was the master of the machines.

As some of the gene species were going crazy, exploring the world was trying to have more sexuality, food, and servants, and was growing sequentially through strains. A lineage, on the other hand, was not successively about the world, but exalted in understanding and telling about God and glorifying it on earth. God did not care about the species that grew up in the world, it was no different from the animal. He used it to destroy unnecessary DNA. So it’s like a destructive species. Like lots of unnecessary and ineffective species that destroy neither self nor the world. When he was done, he would destroy them himself. He was even worse and dangerous than the herd, for his heavenly world. He should have destroyed the herd of animals that damaged the world when the time came, just as he destroyed the dinosaurs. He would not let them ruin the world he created in 2 days.

As he gave the management of heaven to Adam; He would ripen and give the new Man and his helpers the rulership of the world, and it would become pleasant in the eyes of the material and spiritual Lord.

Then a voice whispered. The pain is only the teacher of fools. But if it did not rain, the hands that would make umbrellas would not develop, it would not be learned to light a fire if it did not come out cold. Even if these would benefit him one day, one did not have the wisdom to act before that day came. He would remain an animal that could not think of anything other than grass and meat.

Fetuses and many single-celled creatures, which quickly flap their tail in the water and move towards a target; They are struggling to reach God with language and to become a divine state. A voice reveals them to me return to strength. God calls everything he created to himself. They each pray to enter a path that leads to more pain and more information. Others have given up a layer of heaven where they have given up and adapted to their circumstances when they gave up the desire to rise. This rabbit lineage living a beautiful life; he loses his right to come again after his death. Because nothing can exist that does not develop and does not rise to God. Why would it be?

We will not need to suffer when we learn to learn without suffering and that learning is valuable. In this age, human beings know the value of knowledge. Many like to learn without suffering. Therefore, they get rid of the pain that will happen to them. They are more comfortable now, their brains have developed enough to bear more loads. They are evolving in a way that can protect the kingdom of the Lord in the world and the universe.

The Lord has extraordinary power and knowledge. Neither he wants gold nor food, nor servant bodies. He is capable of shaping the universe with a transcendental and universe soul and vibration. Its mouth is in the heart. It is a good job with a good word and goodwill. He is filled with his ear. He quenches his thirst with respect and awe-inspired tears of the wise servant who pays his right before his eyes. He lives in temples where his name is glorified. He stands before men touching his head. He wants his right to create what is right about him. It is not a compliment, it misses the truth. He hates the ungrateful.

If he loved loneliness, he would not create the universe and eternal creature. He makes himself happy with their words and prayer beads. His wine is prostrate, his soul is exhilarated. Kneeling with love is his mirror. He is aware of his beauty. He opens the curtains that give reason to their loved ones. Bodies prostrated yes, but spirits must also burn. So much so that; the whole universe must be drunk by her name. It must flow towards him, turning and fling. It flows with the stars… Blackhole draws them.

It would not be visible if it was not dark because it was the Lord of Light. If there was light everywhere, it would not be known. Black has become the soul of Light, its light body. They both told God about themselves. The light was nourished by darkness, the dark light made room for it. The picture of the universe was drawn with the harmonious dance of the two. 1s and 0s gave direction to everything. 0 was not worthless. He just needed a 1 to his right. They became ten with him, they became a thousand. He stood to the right of the dark light, empowering him. The Lord took shape and called the universe my face.