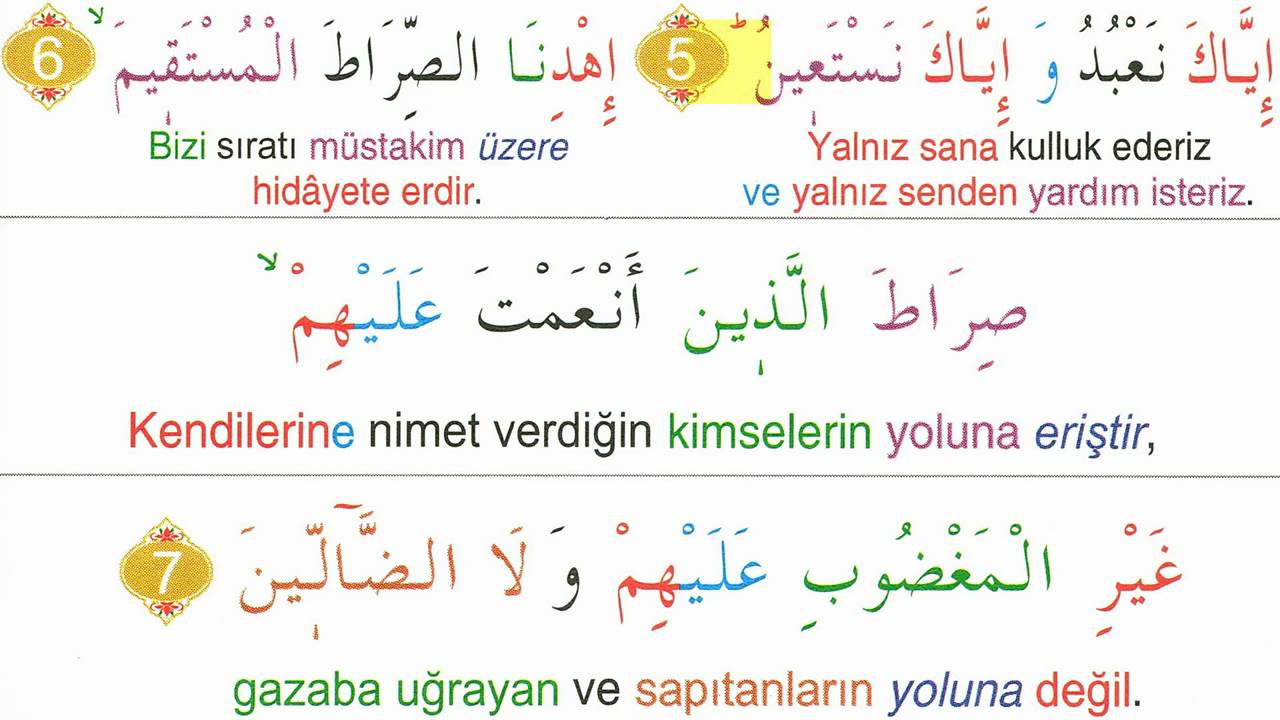 Fatiha surah begins with the 19-letter Basmala. Besmele’s Ebced is the golden ratio. That is apparently 19; The abdomen gives a message that expresses the hidden Golden Ratio. All are 7 verses. If a Muslim performs prayers while obeying the Sunnah, he will read it 40 times a day. What makes fard, reads it 17 times.

Besmele, the first verse of the Qur’an, is at the beginning of every surah.

Bismillah 1 should be accepted. Errahman and Errahim give the value 618. So the fixed value of the Golden Ratio. Thus, it is expressed as 1.618 to basma. Bismillah is 168 if it is calculated at 1, not torn by ebced. This is again a wonderful expression consisting of the Golden Ratio numbers.

Hijri 1440 when this miracle was discovered

(It has been proved by sharing on social media accounts)

In 7 verses in Fatiha, 3 verses have the number of 19 letters.

The verse with 44 letters is two parts; In the first part, let me tell you about the order of the sequence (remember the blessing on them, 19 letters – 19 verse and golden ratio plates).

There is also a secret here; In this period, which is obligatory to be read at every prayer, convey the Muslims to us on the right path (to Sıtı Müstakim). they are asked to pray. So there is a line in this world, which is more important and important than Sirat on the Day of Resurrection. And O Sırat, the secret and magnificent way, the Golden Way, has been discovered in my book as a miracle that is brand new and capable of uniting all religions. In the next verse, the feature of that bridge is explained.

أَنعَمتَ Let me not say: that is, those who are blessed on that path. However, the blessing is given to everyone, and in the animal, in human life. The secret meaning here is the e.meta, whose discovery that this miraculous and unifying religion in the world is inspired by the golden ratio. Inne e.meta. So for sure, e.meta. is on the road. Indeed, there is the hometown of e.meta at the top of the road engraved on that world. The vast and primary meaning of the verse may be those that are given true blessings, and the secret meaning may indicate the discovery and demonstration of the true order. God is the best knower. For details, read the relevant section of the site supplement (Golden Way Miracle) or download the book.