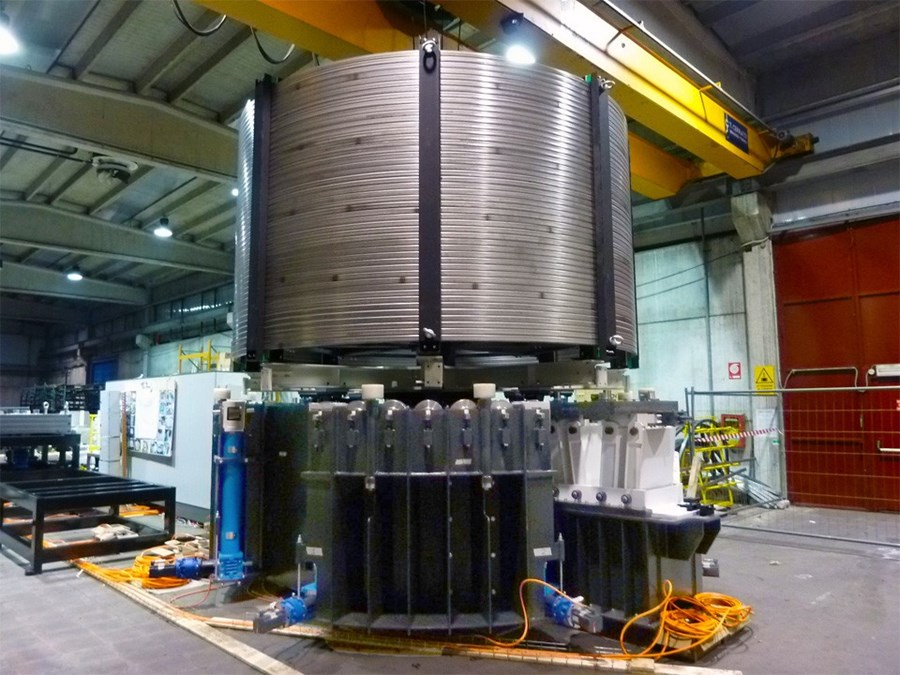 So how does the Dhul-Qarnayn machine that will provide salvation work? By mimicking the Earth’s magnetic field. We need a series of electromagnets that can cover the cities to be protected with magnetic shields.

Let’s see how Dhul-Qarnayn did it.

96: “Bring me the iron mine.” “blow!” until The two sets are equal. When he melted the iron and made the ember, he said, “Bring Me the molten copper/tar, and I will drain it upon it.”

Here a single verse describes the whole main working principle of the machine. If you turn a huge mass of iron into Ember and leave it to cool before it melts to the temperature of the cure, it will turn into a magnet because of the Earth’s magnetic field. Heating and cooling iron parallel to the meridians is one of the oldest ways of making magnets.  So what does Copper do? If copper is poured from the grooves insulated from iron onto the Mountain-High masses, copper flows around the mass like a cable and surrounds the mass like a coil. Thus, an electromagnetic magnet is obtained. As lightning strikes the copper ends and flows into the soil, the Iron masses turn into a super-magnet. Also with the recently popular earth battery system; the resulting electrical supply will further strengthen the magnetization of iron masses.

We can’t measure how large this electromagnetic set, which Dhul-Qarnayn did, was and how magnetized it was. But even in its smallest form, it is obvious that it has the power to protect a large city.  If we build a chain of super magnets into the poles with our high technology, we can create new Van Allan generations and imprison the incoming plasma into these generations.  I offer the part of this system that protects the world, which I have created by taking inspiration from the scriptures to humanity for free. But I will continue to develop local solutions for homes and small-scale systems. This system can provide great benefits by integrating into spacecraft and satellites, cities to be established on Mars, and the planet.

I think that even if the States secretly built it, they would not want the peoples of different countries to be informed that they want it to disappear. The elites who retreated to sheltered areas to protect themselves from the rebellion of the people, who would be alarmed when fire rained down from the sky, would leave their communities with their fate.  Dhul-Qarnayn machines are not the only way to protect people from an impending disaster. The alternative routes being developed are in preparation to share before the disaster begins. Together with my brothers, you can live in regulated environments until the waves of Gog and Magog disappear by being shipped to disaster-protective areas. For this, I recommend you to be a free member of the mail newsletter. We cannot entrust our future to manipulative governments that are not conscious of unity and humanity.

The Qur’an teaches us through the Dhul-Qarnayn

So how does the Dhul-Qarnayn machine that